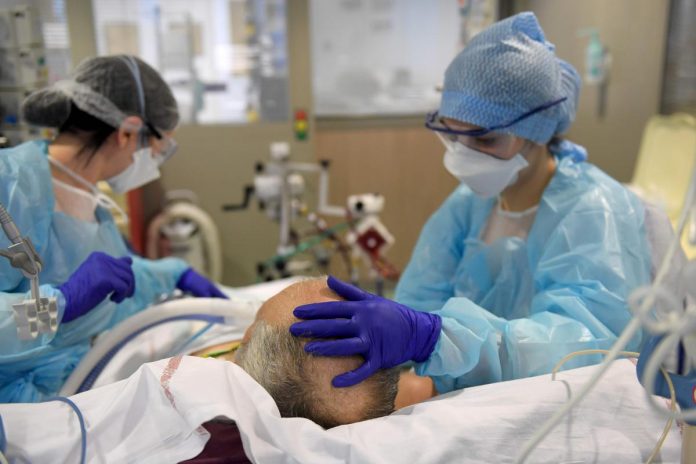 The number of Covid-19 infections continues to develop in the wrong direction in France and exceed the level reached in early June.

More than 8,800 cases of the Covid-19 virus were recorded within 24 hours, a level not seen since the beginning of June, the French public health authority reported on Wednesday, data that revive fear of the fourth wave of the epidemic.

The government is concerned about the development of the delta variant, which is twice as contagious. The number of positive cases could rise to 35,000 new infections in early August in the absence of efforts to curb the spread of the virus, according to recent modeling by the Pasteur Institute.

The positivity rate (the percentage of people who tested positive out of all who took the test) increased to 1.3% from 0.9% last week.

Meanwhile, 7,047 Covid patients were hospitalized (including 115 new hospital admissions in 24 hours), stable data (7076 Tuesday, 7,137 Monday). And 931 of those patients are being treated in critical care units (including 19 new admissions within 24 hours), up from about 2,000 the previous month.

The number of patients in critical care due to Covid fell below 1,000 last Wednesday, for the first time since September 23.

Six deaths of Covid patients were recorded in hospital within 24 hours, bringing the total number of deaths since the beginning of the epidemic to 111,442 (including 84,937 in hospital).

See also  Recognizing dementia and Alzheimer's disease: what role the eyes can play

Since the vaccination campaign began in France, 3,641,786 people have received at least one injection (54% of the total population) and 2,8668,269 people now have a full vaccination schedule (42.5% of the population total), according to the Directorate General of Health.

Vitamin D deficiency in more than 230,000 people in Lower Saxony...