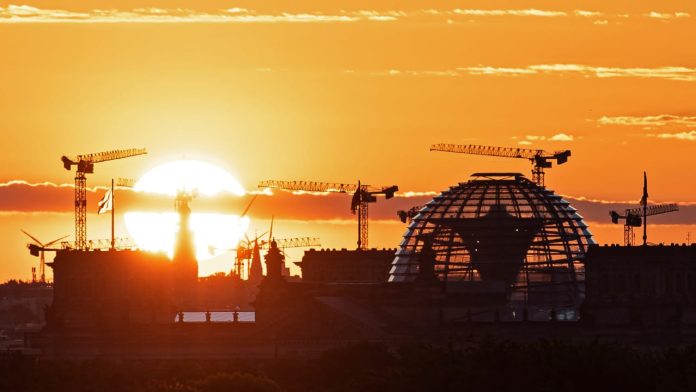 A worrying report from the World Weather Organization |

The fastest global warming in Europe

This will further inflame the heated climate debate…

Geneva (Switzerland) – Temperatures in Europe have risen more than twice the global average over the past 30 years!

This was reported by the World Weather Organization (WMO) in Geneva, which together with the European Earth Observing System Copernicus presented the State of the Climate Report for Europe on Wednesday. The focus is on the period up to 2021.

Greenland’s ice sheet is also melting, causing sea levels to rise. In the summer of 2021, precipitation instead of snow was recorded at the highest point at 3,200 meters for the first time since measurements began in the 1980s.

“In Europe, we are witnessing how the world is warming”

But there is also praise from the World Meteorological Organization: it describes the European Union as an exemplary region in terms of reducing greenhouse gas emissions. In the European Union, emissions fell by 31 percent between 1990 and 2020.

“In Europe, we are witnessing how the world is warming firsthand, and this shows us that even well-prepared societies are not immune to the effects of extreme weather events,” WMO Secretary-General Petteri Taalas said shortly before the start of global climate. Sharm El Sheikh summit, Egypt weekend.

Lützerath must make way for stone mining: the fight for a...