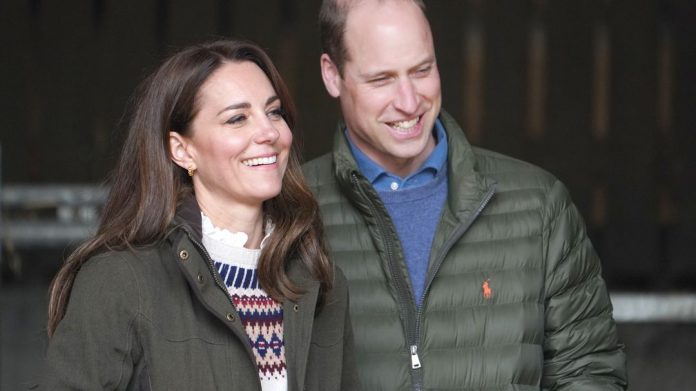 London. According to a report, Prince William and his wife Kate could spend significantly more time in Scotland in the future. Advisers had recommended the couple move to Scottish Balmoral Castle – formerly the royal family’s holiday home – a source close to the royals revealed in the Times newspaper (Sontag). They want them to appear as residents, not visitors.

William, 39, and Kate, 39, recently visited their old university in St Andrews, Scotland, and several other places in Scotland on a multi-day trip. Until now, Kensington Palace was her main residence – but during the pandemic, the family of five also spent a lot of time in a country house in Norfolk, eastern England.

The background to the plans could be a strong desire for many Scots for independence from the United Kingdom. Prime Minister Nicola Sturgeon wants her citizens to vote on her in a new referendum after the pandemic. Brexit has given the independence movement a major tailwind in recent years. Sturgeon wants Scotland to be returned to the European Union as an independent country in the event of a split.

According to the report, the royal family wants to use its role to strengthen the kingdom’s unity. Prince William is considered famous in Scotland. At first there was no official confirmation of the plans from Buckingham Palace.