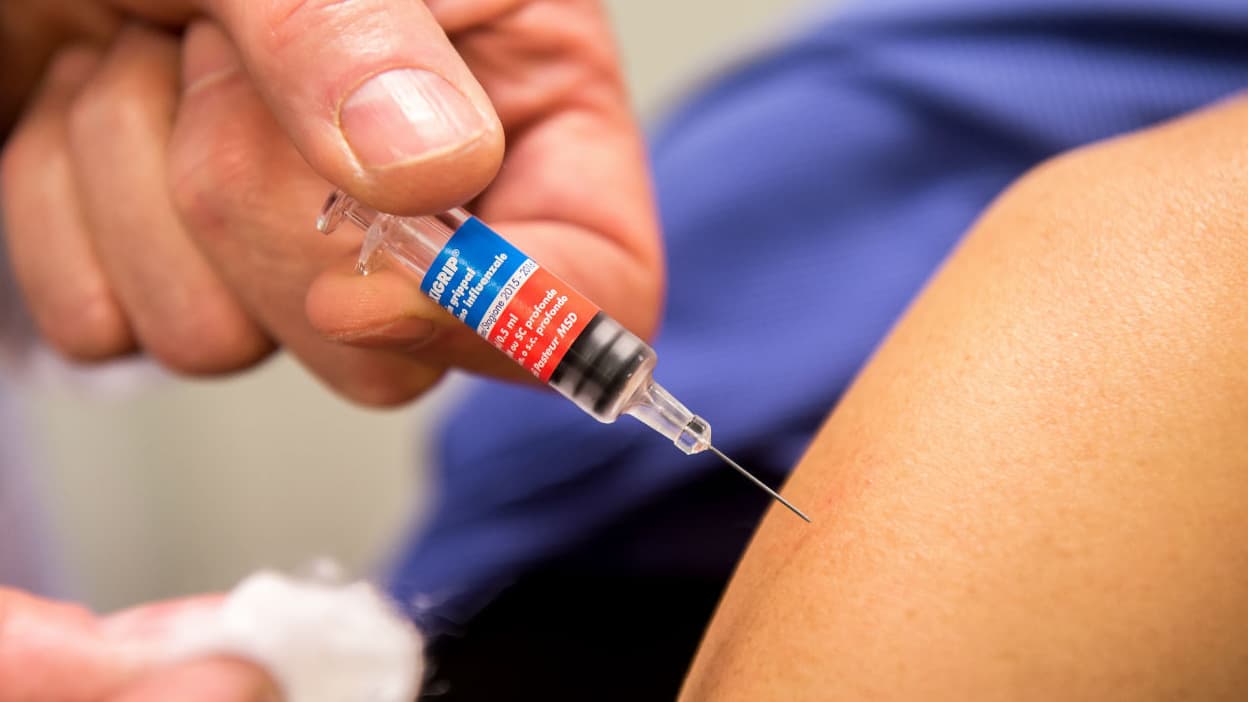 As the seasonal flu vaccination campaign begins Friday in France, several laboratories are already working on releasing the messenger RNA.

Winter under stress? While a pandemic resumption of Covid-19 cannot be ruled out, the annual arrival of the influenza virus worries authorities. Earlier this week, Health Minister Olivier Veran announced the start of a flu vaccination campaign on Friday, four days ahead of schedule. The decision was made following an “urgent” note from the Directorate General of Health (DGS) which is concerned about the “risk of cross-infection” for vulnerable people.

It must be said that, this year, influenza may prove to be unpredictable. Far from the protection rates of vaccines against Covid-19, those against influenza show an average protection rate of about 60% with better years than others. For this 2021-2022 season, which is not necessarily unprecedented given that there are so few viruses (except Covid-19) circulating in the world, it is difficult to predict in advance the effectiveness of the new version.

But that could soon change as many labs develop their pawns thanks to messenger RNA technology, which Pfizer and Moderna are using against Covid-19. The two groups have already announced the launch of the first tests. Sanofi, the global leader in influenza vaccine, has also decided to set aside its work on a messenger RNA vaccine against Covid-19 to focus, with the same technology on influenza. The French laboratory recently indicated that the first clinical studies should begin next year.

What is the benefit of this technique? interactive. Because the main problem with the influenza virus is how quickly it mutates, which is much greater than the speed of Covid-19. The strains are numerous and to produce a vaccine, laboratories are relying on the predictions of the World Health Organization, six months before the fall.

Each year, the World Health Organization evaluates the strains most prevalent in the southern hemisphere and most likely to become prevalent in the northern hemisphere. From these predictions, the vaccines are manufactured in chicken eggs, after a process that lasted several months … without any certainty that the selected strains will be responsible for the next epidemic.

That’s why the effectiveness of the flu vaccine varies each year. During the winter of 2014-2015, for example, vaccines showed very little efficacy.

Challenges to be addressed

So the advantage of mRNA is the ability to produce a new vaccine, based on one of the new strains, very quickly.

In fact, this is nothing new. In 1993, a French scientific team conducted the first experiments, but the technology has not yet matured that has obtained it in recent years. Moderna was also working on a flu treatment before Covid-19 arrived with encouraging results. The revenue generated by the laboratory allows him to speed up his research even if many challenges still have to be faced, especially the basic storage conditions at very low temperatures.

Importantly, these vaccines will likely take several years to be licensed. If everything is speeded up by the Covid-19 emergency, long time must once again become the norm for marketing.

However, seasonal influenza infects 2 to 8 million people each year in France and is responsible for 10,000 to 15,000 deaths in France and between 290,000 and 650,000 deaths worldwide. For laboratories, this is also a new windfall of several billion euros per year that is redistributed.

A new set of delta variant has been discovered in Ballaison

Everything you should know about how to travel with Covid-19 health...