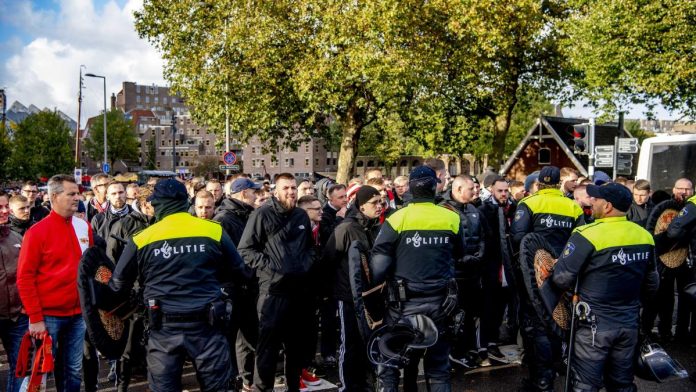 NSDuring the first leg of 1. FC Union Berlin in the European Conference League in Feyenoord Rotterdam, there were chaotic scenes at the entrance to the guest building. Hundreds of Al Ittihad fans who traveled with them in front of the gates of the De Kuip stadium in the Netherlands have complained not only of extremely long waiting times, but also of excessively harsh police operations and alleged arbitrary arrests.

Followers reported clashes with officials on social media. Accordingly, there were a number of wounded, some of whom had to be treated in hospital.

“We know the difficult situation in front of the guest building. We are with many people on site and we are trying to find a solution,” the Bundesliga club tweeted during the first half. The cause of the problems was not mentioned at first.

The day before the match, there was a physical attack by Rotterdam fans on the Berlin delegation.

A group of about 25 people around union president Dirk Zingler wanted to end the evening in a bar not far from the team hotel on Wednesday when a larger group attacked them and threw tables and chairs at them. She added that a person was arrested and hospitalized. Feyenoord apologized for the bad attacks and promised to clarify the situation.