Home science What if the air in your home is as polluted as the... 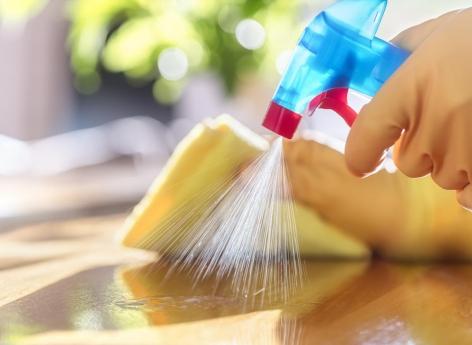 “Cleaning surfaces with disinfectant products, the use of which has increased recently during the coronavirus epidemic, can generate secondary indoor pollutants in the form of gases and aerosols. It can also affect indoor air quality and health.” This was pointed out by a team of American researchers in A study published in the journal science progress February 25. In this work, scientists revealed that scented cleaning products can expose us to as much pollution as an exhaust pipe.

To reach this conclusion, scientists conducted an experiment to observe minute by minute what happens in the air when cleaning in a closed room. To do this, they polished the office floor with cleaning products. The authors then analyzed the airborne particles, which were detected within minutes of using household cleaners.

1 to 10 billion nanoparticles are inhaled per minute

They found that internal concentrations of monoterpenes, molecules that help detergents smell good, exceeded external concentrations by two times the volume. These substances react with ozone and produce toxic microparticles. The latter can settle into the airways at rates similar to or greater than those caused by inhaling aerosols associated with vehicles, according to the results.

“One of the disturbances that humans introduce into the indoor environment is the use of household cleaning and disinfecting products, some of which contain a so-called natural scent, such as citrus or pine.”The researchers said. According to the data, a person inhales between 1 and 10 billion nanoparticles per minute, which is equivalent to car traffic on a busy street in an American or European city.

See also  Covid: Several regions reactivate the "white plan" in all their hospitals

Ventilation is not enough

According to the authors, opening the windows to ventilate the room will not make it possible to overcome the polluting particles because this gesture can also bring in particles from the outside, which can be more harmful. Scientists recommended the use of air filters to prevent the formation of particles or the use of natural products to combat toxic particles.