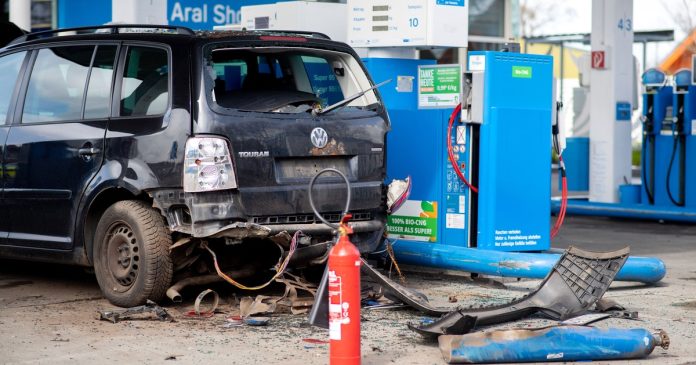 Since parts of the tank can rust and explode in the worst case, Volkswagen is taking about 21,000 natural gas-powered Touran models to its workshops as a precaution. According to data from the Federal Transport Authority (KBA), safety-related tests in Germany cover just over 8,300 seven-seater vehicles.

According to Volkswagen information on Wednesday, subtle wear can occur on the back of the four gas bottles of individual cars, which is not visible from the outside during routine checks – with long-term material weakening and “in the worst case” sudden escape from the mix. compressed natural gas

It said in Wolfsburg that the damaged cars must therefore be examined intensively. The issue was found during TQM and messages are now being sent to owners.

In April, a driver of Touran in the East Frisian town of Whitmund sustained burns to his legs when gaseous fuel suddenly escaped from a storage tank while refueling. The cars will now be closely inspected, and gas bottles will be temporarily deactivated or replaced if necessary. It comes in CNG variants of the Touran from the 2006 model year and between 2010 and 2015.

There are no first-time problems with tanks or cylinders on VW natural gas models. A previous exchange campaign was also conducted for the corresponding versions of Passat and Caddy, where the wall thickness could drop below a critical level due to rust. In Duderstadt, Lower Saxony, a bottle exploded in 2016 and seriously injured the driver. Then several groups of gas stations recommended that their stations temporarily stop selling natural gas.

AUA relaxes flight schedule from January to end of March