Home World Volcanic eruption in La Palma: ‘Lock yourself in the inner room’ 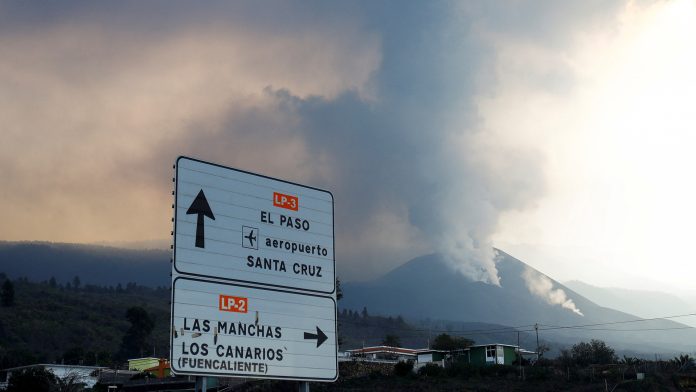 Recently, the volcano in La Palma took a short break. But since Sunday, he has been causing more trouble for the Canary Islanders once again. 30,000 people had to stay indoors because of the toxic gases.

The volcano on the Spanish Canary island of La Palma is again releasing poisonous gases. As a result, thirty thousand people were not allowed to leave their homes for several hours.

After several days of low activity, the volcano became more active again on Sunday. So the regional government ordered the closure of three locations on Monday morning: “Close doors, windows and shutters and prevent outside air from entering.”

40% of the islanders are affected

About 30,000 people live in the three villages – nearly 40 percent of the island’s population. The provincial government’s request to them was clear: “Lock yourself, if possible, in the rooms farthest inside.”

She advised all residents who were out in the open to go to the nearest building. And only hours later, the authorities granted the acquittal again.

The volcano erupted on September 19 for the first time in 50 years. Huge amounts of lava flowed towards the sea and destroyed more than 1,000 hectares of land and about 1,500 buildings. There are always new volcanic eruptions.

Since then, about 7,000 people have had to leave their homes. The authorities estimated the temporary damage at 700 million euros. Air traffic on the island had to be stopped several times.

See also  Zimbabwe shoots up to 500 elephants to shoot at

Poland-Belarus: the frightening calm behind the border