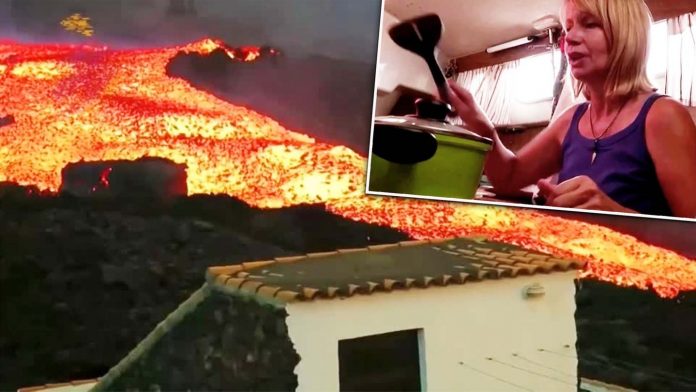 More than ever, lava flowed down the mountain on Friday on the Canary island of La Palma. Even the Volcanic Institute of the Canary Islands, called Involcan, spoke of a “tsunami of lava” in light of the wonderful images. According to experts, the reason for this lies mainly in the nature of the terrain. Because where you descend steeply, hot lava over 1200 degrees flows faster. Experts say the eruption began about four weeks ago and may now have stabilized. But no one can say exactly when it will calm down. German pensioner Jürgen Doyles and his girlfriend Jacqueline Rehm were among the victims of the natural disaster. But they were lucky, as Jürgen Doyles recently told La Palma: “When my girlfriend lost her job, we thought it would be too expensive and wanted to sell it. Namely on Sunday, the nineteenth of September, in the morning, there was another potential buyer who wanted to buy the boat, it was a French woman Then we took a test drive. But then she decided not to use the boat because it wasn’t sporty enough. And that afternoon the volcano erupted and we were lucky that we still had the boat and could ride the boat with our belongings. That was the situation. Since then we have lived on the This boat. Very narrow but it works.” More than 7,000 people have already been forced to leave their homes and about 1,500 buildings have been destroyed. Eruptions are accompanied by many light earthquakes.

See also  The Kremlin responds to allegations of troop reinforcement