Home World USA: Incident During US Vice President Harris’s Trip – “We All Prayed”... 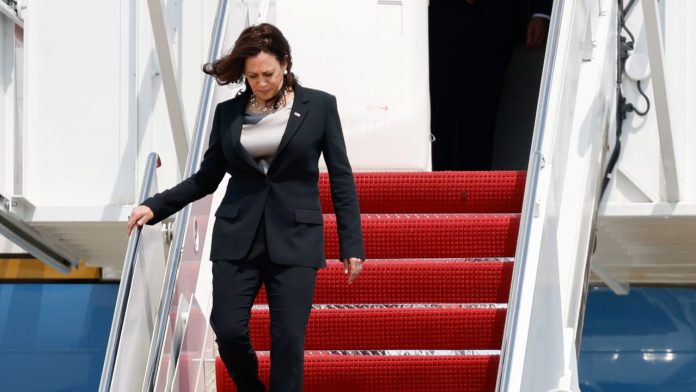 It’s her first trip abroad as Vice President of the United States – and problems soon appeared!

The government pilot for US Representative Kamala Harris, 56, was forced to return to the airport shortly after takeoff on Sunday. Reason: technical problem.

The accompanying journalists reported unusual noises at first. There seem to be concerns on board. After the landing, Harris told reporters, “We all prayed a little prayer, but we’re fine.”

Less than half an hour after taking off from Andrews Military Airport near Washington, spokeswoman Simon Sanders, 31, said the plane would have to return to the airport and change.

On Monday and Tuesday, Harris’ trip to Guatemala and Mexico will focus on immigration and economic cooperation.

US President Joe Biden (78) tasked Harris with taking the lead in limiting immigration to the United States.