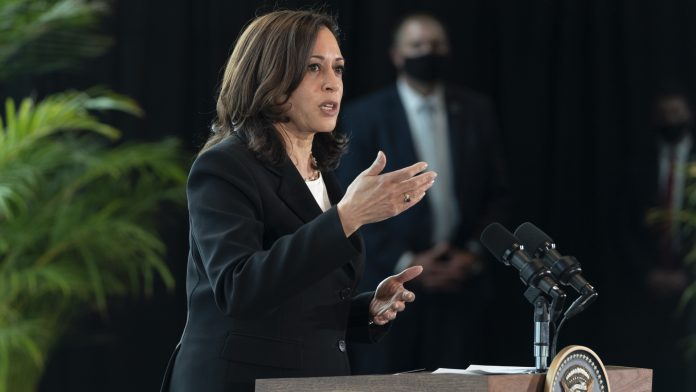 US Vice President Harris has tried in Mexico and Guatemala to address the concerns of many Latin Americans. She agreed to work with Mexican President Obrador on immigration policy.

US Vice President Kamala Harris has tried to allay the fears of poor people in Latin America. The United States, Harris said, “has the power to make people feel hopeful.”

She ended her trip to Guatemala and Mexico in an attempt to inform people in the region that they could have a better life without traveling to the US border. This was Harris’ first trip abroad as Vice President.

Don’t stop at the US-Mexico border

She defended herself against questions about why she did not want to travel to the US border with Mexico. Harris said that while concern about the situation there is “legitimate,” it cannot be addressed with a simple visit. “Understanding why people are leaving should be a priority for us,” she said. “I can’t say enough. Most people don’t want to leave the house.”

The administration of US President Joe Biden is trying to limit the number of immigrants on their way to the United States. Illegal border crossings have increased since April 2020. Republicans accuse Biden and Harris of avoiding the problem because neither has visited the border since taking office.

Harris said she focused on “tangible results” rather than grand gestures.” During her stay in Guatemala on Monday, Harris sent a direct message to potential immigrants on their way to the United States: “Don’t come.” Democratic Representative Alexandria Ocasio-Cortez called the remarks “disappointing.” to hopes.”