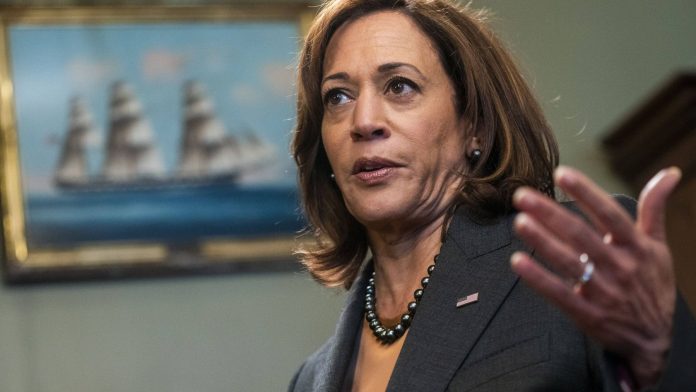 The situation between the United States and China is tense. A visit could lead to more unrest – as it did in the summer when Nancy Pelosi was absent.

US Vice President Kamala Harris heads to the Philippines next week, and her visit could inflame tensions with China. The reason: Next Tuesday, Harris wants to travel to Puerto Princesa on the western island of Palawan and meet there with residents, fishermen and coast guard representatives, the White House said.

Palawan is located near the disputed Spratly Islands in the South China Sea. China claims the islands for itself, but Brunei, Malaysia, the Philippines, Taiwan, and Vietnam claim parts.

Beijing could see this as a provocation

Shortly after the meeting between US President Joe Biden and Chinese head of state and party leader Xi Jinping before the current G20 summit in Bali, according to observers, Beijing could view Harris’ visit as a new provocation. Relations between the two world powers are at a low point.

The White House said the visit demonstrated the Biden-Harris administration’s commitment to helping the Philippines maintain the rules-based international order in the South China Sea. It’s a “historic visit”: the vice president is the highest ranking American politician ever to visit Palawan.

In August, the Speaker of the US House of Representatives, Nancy Pelosi, went on a trip to Asia. Part of her visit included a trip to Taiwan, a highly controversial decision. Because China does not consider the island as an independent territory but as part of the People’s Republic of China and firmly rejects official communications from other countries to Taipei. At that time, Beijing strongly warned against Pelosi’s visit to Taiwan.

USA: China is militarizing the region

China claims nearly all of the South China Sea and has built artificial islands there to support its claims. This also applies to the strategically important and resource-rich regions that countries such as Indonesia, Malaysia and the Philippines claim as their own. The United States and China’s neighbors have long accused Beijing of increasing militarization in the region. The International Court of Arbitration in The Hague rejected the territorial claims in 2016. But China ignores the ruling.