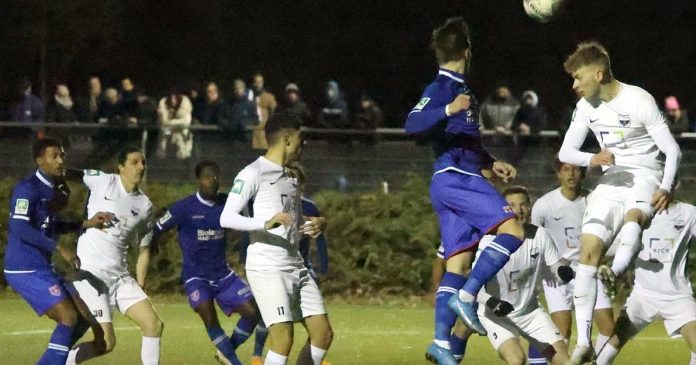 Test matches usually have little informational value at the initial stage of preparation. This certainly also applies to yesterday’s comparison between Teutonia and Kentucky Oerdingen. The result should definitely inspire the home team, because in the end they won 1-0 (0-0) against the top-class guest in front of 150 spectators.

Then it didn’t sound like in the first 30 minutes, because KFC initially dictated the event, it seemed more resilient and quicker to act. However, the regional league team did not have clear chances to score against the hosts’ defense properly. Despite Uerdinger’s superiority, there could be no difference in stratification. But Uerdinger Tor was initially safe until German, who had three test players, acted with more courage as the season progressed. However, there were no convincing recording opportunities either.

While Teutonia coach Joseph Charafi took advantage of the break to give the other players a chance to show themselves, there weren’t many changes among the guests. There was also a strong reason for this, because half of the team had already trained with the factory sports coaches in the morning, so coach Alexander Voigt in St. Tomorrow the match against Oberhausen (see below) will be the other way around.


The hosts started better in the second half, having had just two easy training sessions after the winter break. Niklas Withofs was there after a corner kick, but failed with a header (54). And the next corner led to the day’s goal, which was scored by former substitute Ordinger Samid, who was under the bar with a dry shot (55). Immediately after the hosts took the lead, Marcel Kretschmer scored the equalizer but failed to net goalkeeper Yannick Hinsenkamp. The match was only more open on both sides and Burhan Shaheen had scored 2-0 for the league club on foot. Until the last stage, she was going back and forth without wanting to drop another blow. Charfi is happy with the head win: “But we don’t want to overestimate it.”

KFC Uerdingen will play its next test match on Saturday at 2pm in Rot-Weiß Oberhausen, Teutionia St.