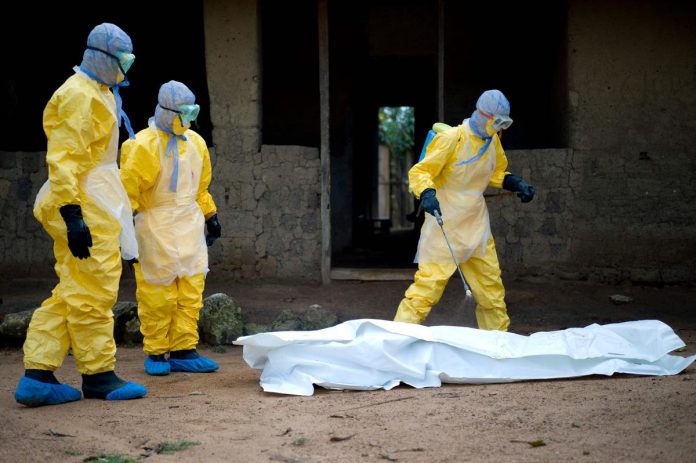 Guinea and the World Health Organization officially announced, on Saturday, the end of the second Ebola epidemic, a few months after the disease quickly re-emerged thanks to the experience accumulated in 2013-2016.

Between the end of 2013 and 2016, the world’s worst epidemic since the virus was identified in 1976 killed more than 11,300 people, mostly in Guinea (2,500 dead), Liberia and Sierra Leone, three of the world’s poorest countries. . the world. Balance sheet undervalued by the World Health Organization.

In 2021, a total of 16 confirmed and seven probable cases were identified during this latest epidemic in Guinea. According to the World Health Organization, 11 patients survived and 12 died.

After Guinea officially declared, according to international rules, a state of the epidemic on February 14, on Friday it reached 42 days without new cases, twice the maximum incubation period, which is the threshold set for declaring the end of the “epidemic”. . A health ministry official said the last reported recovered case was on May 8.

After the detection of the first cases in Goiki, Nzrekore province, the response was “quickly implemented by national health authorities, with the support of WHO and its partners, drawing on the experiences accumulated” in combating Ebola in the country and in the Democratic Republic of Congo, according to a WHO press release.

The reluctance of Guinean communities to combat the Ebola virus has notably resulted in the deaths of state agents scattered in the Guinean forests during the previous epidemic.

WHO Director-General Dr Tedros Adhanom Ghebreyesus added in the statement that in 2021, thanks to “community participation, effective public health measures and the equitable use of vaccines, Guinea succeeded in controlling the epidemic and preventing its cross-border spread.”

The World Health Organization says it has helped ship about 24,000 doses of the vaccine and supported the immunization of nearly 11,000 people at high risk, including more than 2,800 frontline health workers.

“We have defeated Ebola but we are still vigilant,” read a banner held during the official ceremony.

WHO Regional Director for Africa Dr Machidiso Moeti called in a statement to “stay alert to the possibility of a resurgence of the virus and ensure that expertise in combating Ebola extends to others, such as health threats such as Covid-19.”

Ebola and Covid: the same approach

“Covid-19 is a different disease that spreads more easily than Ebola, but the process is the same,” the Director-General of the World Health Organization stressed on Twitter. However, the “ineffective use of social and public health measures” and “inequality still give Covid-19 a chance to mutate, spread and kill”.

Guinea, which has been relatively unaffected by the coronavirus, has reported more than 23,400 cases including 168 deaths, according to the latest report on Friday.

After declaring the end of the Ebola epidemic, Guinea is required to enter into an enhanced 90-day epidemiological surveillance period, according to the World Health Organization in Conakry.

What is the “eureka moment” that occurs right before bed?