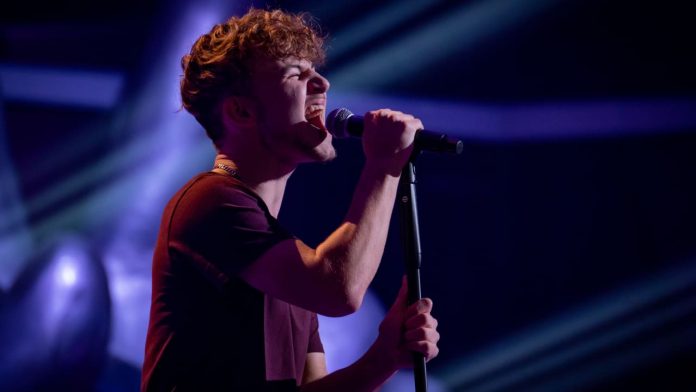 Heartbeat XXL on “The Voice Kids”…

Rising talent Taylor (14) was particularly excited ahead of Friday night’s blind auditions. For the student from Wiesbaden, his performance was meant to be a comeback. He already tried his luck at the casting show two years ago, but could not convince the coaches. It should have worked better this time.

Taylor can still remember the performance from then on. “I sang ‘Forever’ by Max Geisinger. He was also a member of the jury,” he recalled before taking to the stage. The young singer put all his hopes on the coach and wanted to be in his team. But things went differently. In the end no one hit the bell.

Today Taylor thinks he knows why. “I tried to imitate Max Geisinger. That was the mistake I made.” His disappointment at not qualifying for the next round was too great at the time. Taylor didn’t think about giving up for a moment, instead he worked hard.

The 14-year-old: “I’ve trained a lot in these two years and prepared myself to be completely myself.”

For coaches he had “The Fall” by Harry Styles (28) in his bags. Taylor’s greatest fear: “No more progress.” But there was no reason for that, because pop star Alvaro Soler (31) hit the bell during the first clip. Literally at the last second, fantasies turned their backs, too.

Alvaro praised the candidate: “You bring an incredible amount, and you look good too. You are the complete package. I really like it.” Mitchie Beck, 54, explained, echoing him with a few critical but useful words. Rapper: “There were some notes that weren’t quite right, and that’s definitely down to the situation. But the strength and personality in your voice is amazing for your age.”

When he told Taylor how he continued to train his voice and even wrote his own songs since his first attempt on The Voice Kids, Mitchie Beck was shocked. “I think it’s amazing that you are so attached to your dream and really want to know.” However, illusions lost in the battle of talents. Taylor chose the Alvaro Soler team.

See also  Breakfast TV: Marilyn Lofven has the wrong plan - "Do you see the panic?"

Prince William in the Caribbean: Reportedly “got crazy behind the scenes”.

After 14 years: Yvonne Catterfield and Oliver Wonk split up