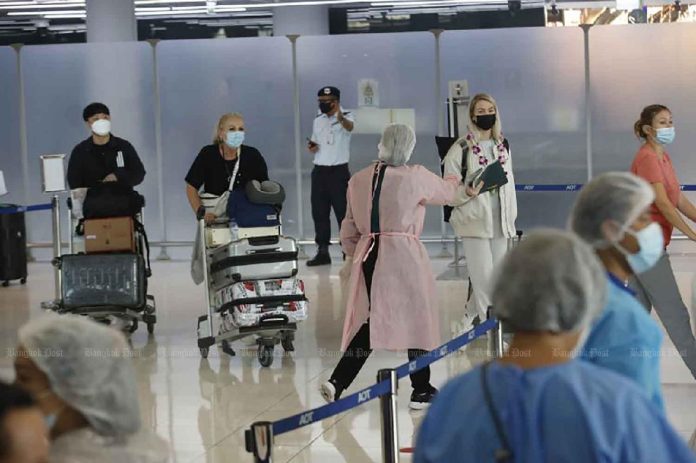 Monkeypox (monkeypox) is now classified as an infectious disease that requires close monitoring in Thailand.

On Wednesday (May 25), the Ministry of Public Health said that screening procedures are being intensified to stop the possible spread of this viral disease, although no cases have been detected in the country so far.

The ministry’s academic committee made the decision on Tuesday to raise the level of the monkeypox case, said Dr. Chakrarat Pitayaunganon, director of the Disease Control Department’s Office of Epidemiology.

However, the disease has not yet been classified as a serious infectious disease, like Covid-19, as no cases have been recorded since Thailand began screening international arrivals on Tuesday.

He added that the disease is also less transmissible than the new coronavirus.

“In fact, Thailand has never recorded a case of monkeypox,” Dr. Shukrarat said.

He added that although most infected people recover quickly without medical intervention, some may have severe symptoms, including children who are immunocompromised.

He added that complications could include serious infections in the lungs, brain, bloodstream and cornea.

WHO records show that there are 131 confirmed cases of monkeypox and 106 suspected cases in 19 countries.

Viruses can be classified into two biological groups: clade The clade of West Africa and Central Africa.

Dr. Shukrarat said Type 1 is significantly less deadly, with a fatality rate of 1%, compared to 10% in Central Africa.

Professor Wasson Chantratita, director of the Center for Medical Genomics at Mahidol University School of Medicine at Ramathibody Hospital, said the first test kit for monkeypox is expected to be available within two weeks.

See also  Covid-19 in Occitanie: ARS warns of the importance of barrier gestures

Dr Wasson said the center is developing it based on genetic information sequenced from samples taken recently from infected patients in Portugal and Belgium.

Dr Wasson called for strict screening of travelers arriving in Thailand from certain high-risk areas such as parts of southern Europe and Africa.

He added that measures should be taken to control animals, especially rodents imported from Africa.

Meanwhile, Prime Minister Prayut Chan-o-cha has issued a warning against smuggling wild animals into Thailand as they may be inadvertently hosts to the virus, government spokesman Thanakorn Wangpungkongchana said.

The Ministry of Public Health advises anyone traveling from Thailand to Europe or Africa to exercise extreme caution, avoid crowded places, wash their hands frequently and always wear a mask in public places.

Most of the confirmed cases in Europe this month were in the United Kingdom, Portugal and Spain.

See also  health. WHO warning: “The Covid-19 pandemic is not over yet”

Some reports have linked a cluster of cases in Spain and gay saunas.

To date, nearly 20 countries where the disease is not endemic have reported outbreaks.