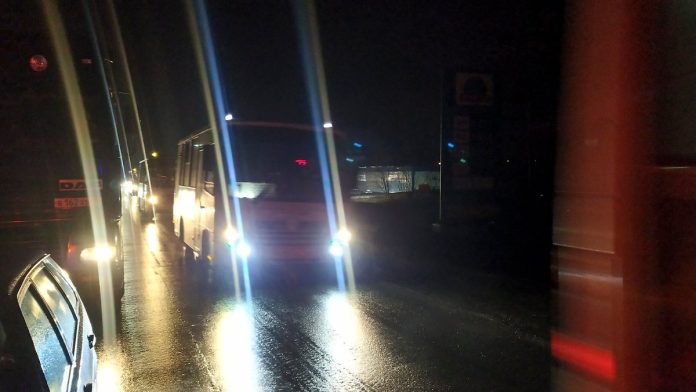 The conflict in eastern Ukraine continues to escalate. The leader of the pro-Russian rebels in the so-called “Donetsk People’s Republic” is calling for “general mobilization”. According to the Organization for Security and Cooperation in Europe, there is a “significant increase” in attacks along the front line in eastern Ukraine.

The head of the pro-Russian rebels in the so-called “Donetsk People’s Republic” in eastern Ukraine called for “general mobilization”. Denis Pushlin said in a video message that he had signed an “ordinance” in return. It targets reservists. “I appeal to all men of the Republic who are able to take up arms in their own hands to defend their families, their children, their wives and their mothers.”

According to the separatists, the attacks continued throughout the night. The rebels in the Donetsk region announced in the morning that dozens of shells had been fired at their region since midnight. According to the Donetsk separatists, the water pipe was damaged during the bombing. Separatists in the Luhansk region also reported several ceasefire violations. This information cannot be independently verified.

Hundreds of thousands of people have to leave Donetsk

Meanwhile, evacuations from towns and villages continued in the Luhansk and Donetsk regions. According to the separatists in Donetsk on Saturday morning, more than 6,000 people, including 2,400 children, have already been taken to safety. Accommodation is available for these people in the Rostov region in southern Russia.

According to the authorities, a total of 700,000 people will be brought to safety from the Donetsk region. Russian President Vladimir Putin has instructed the government in Moscow to help refugees. Among other things, 10,000 rubles (about 116 euros) must be paid per person.

On Friday, separatist leaders called on people to flee, citing an imminent attack by Ukrainian government forces as the reason for their appeal. The Ukrainian military said it was not planning an attack on the region.

Since 2014, Western-backed government forces have been fighting Russian-backed separatists in the Donetsk and Luhansk regions of eastern Ukraine, close to the Russian border. According to United Nations estimates, more than 14,000 people have already been killed, most of them in the breakaway region. A 2015 peace plan brokered by France and Germany was not implemented.

A dubious duel over artillery fire: Is Kiev preparing for a...