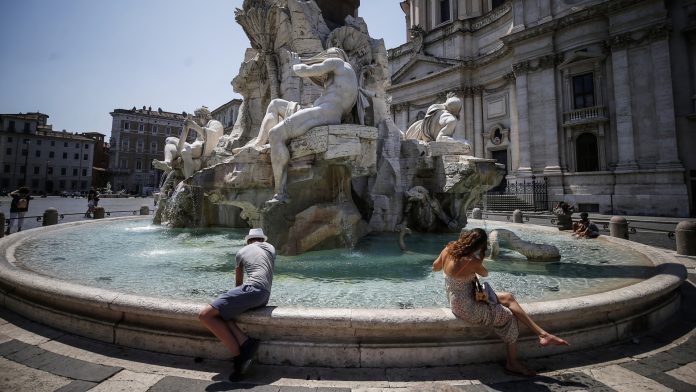 Temperatures in Italy are expected to reach 48 degrees in the coming days. The Ministry of Health issued the highest level of heat warning. The areas around Rome, Bari and Palermo are particularly affected.

Meteorologists are forecasting temperatures of up to 48 degrees in Sicily and Sardinia, among other countries. But by the end of the week, the heat wave should affect the entire country.

The highest heat alert level has already been announced for four cities; Rome and neighboring Latina were affected, as well as the cities of Bari and Campobasso in southern Italy. Tomorrow and the day after tomorrow, the heat wave is also supposed to reach Naples, Florence, Milan and Bolzano, among others. The red alert level will be applied in a total of 27 Italian cities.

The Ministry of Health recommends that people in affected areas avoid sunlight and heat between 11 am and 6 pm, as well as strenuous physical activity. According to the ministry’s recommendation, people are encouraged to drink a lot, wear light clothing and protect themselves with hats and sunscreen throughout the day.

State TV RAI talks about severe weather, which is also unusual in warm Italy. The heat wave is caused by the subtropical highlands of Lucifer, which brings hot air masses from Africa to Italy.

Fearing Putin – ARD and ZDF no longer report from Moscow...