Home entertainment Tears for Fears: “The Turning Point” – Still as bright and clear... 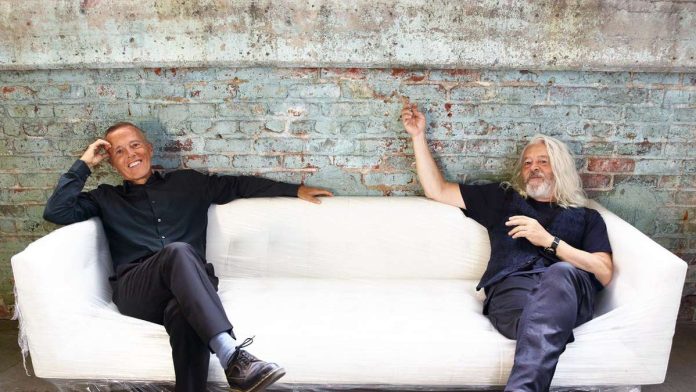 “The Tipping Point,” the somewhat well-behaved album by Tears For Fears.

Among the great house music scores related to the house closure posted online by pop stars, father-daughter duo Kurt and Deva Smith: To bass and guitar, The Smiths sing Mad World, one of the father’s biggest hits, written by Roland Orzabal for her band Tears For Fears.

Founded by school friends Smith and Orzabal in Bath, England, in 1981, Tears For Fears were one of the most important pop music bands of the ’80s — and one of the most enduring: with hits like “Pale Shelter,” “Shout,” and “Everyone wants to rule.” The world’s ’80s zeitgeist is unmistakable, but the cut ages well or hardly at all.

Tears For Fears has managed to distinguish itself from many of its contemporaries in terms of sound and approach to content: decidedly sad, full of doubts about themselves and the world, complex and with an unerring sense of arrangements. The songs remain enchanting today with their dramatic structure and inspirational fiddles, and the masterpiece “Sowing the Seeds of Love” is a clear nod to the Beatles: melodies, sounds, and voices are layered in the luminous pop anthem. Gorgeous.

The huge success became a burden: Smith left in 1990. Orzabal released two albums alone under the title Tears For Fears before reuniting in 2004, recording Everyone Loves A Happy Ending and performing at events such as Nokia Night Of The Proms. Management advised the band to ride the wave of nostalgia and urged Orzabal and Smith to work with the great songwriters. The quest failed. The two changed advisors and continued to write new songs themselves.

After 17 years, a new album for Tears For Fears is coming out, which is both good news and sensitive news. Because you can’t help but compare Tears For Fears today to Tears For Fears back then (younger people under their 80s could be excluded from socializing with this album by pure chance via their streaming playlists).

“The Tipping Point” offers powerful songwriting of distinctly British origins with an emphasis on storylines. The song “Please Be Happy” or “Stay” sounds like it was written by Gary Barlow and Ronan Keating on their parents’ golden wedding anniversary. Without blemish or blame, but also a little… claustrophobic. You know instantly where the songs are headed, moments of surprise and double bottoms for previous works are missing. Tears of fear no longer sway and sway – that’s a good thing, after all, Orzabal and Smith have already made their contribution to pop history, see above.

Occasionally they quote themselves, for example reusing the opening chord from “Pale Shelter”. Nice reference, but it also reveals the painful realization that fun ideas are 40 years old. Since it’s still a mistake to copy a Tears For Fears album, here are the positives of “The Tipping Point”: Kurt Smith’s still singing is as bright and clear as a cherub, the lyrics are as complex, decisive, and thoughtful as anyway. The lead single, the powerful song “Break the Man” and the Beatles’ renewed nod to “Master Plan” stays in our minds – but can we see the Curt and Diva duo again?