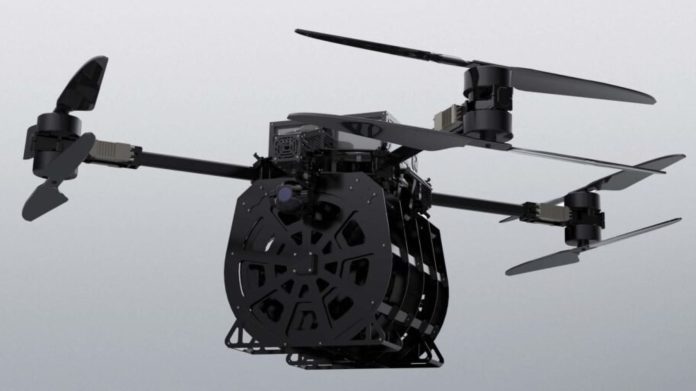 Ukrainian special forces drop bombs on Russian tanks from drones. Now they get much more firepower

Nobody can say how many Russian tanks the Ukrainian army has already destroyed with its converted drones, but there must be some. Aerorozvidka is the name of the unit of specialists that turns standard UAVs into grenade-throwing machines – with little effort and massive damage to the Russian occupiers. But now the improvisation can be over for Aerorozvidkas.

As the specialized portals “tech.wp” and “oryx” unanimously reported, the Taiwanese manufacturer DronesVision delivers 800 units of its “Revolver 860” drone to Ukraine – experts also call the machine a “flying mortar”. In fact, the 42-kilogram vehicle can load up to eight 60-mm mortars and drop them from a rotating drum. The mechanism can be clearly seen in this video shared on Twitter:

The 860 pistol will bring more firepower to Ukraine

So “Revolver 860” should significantly increase the firepower of Aerorozvidkas, especially since, according to “tech.wp”, the drone can also be equipped with heavier 81-mm or even 120-mm bombs. When fully loaded, the drone should be able to fly up to 20 kilometers and for up to 40 minutes. “The first drones may have already been used in combat,” Taiwan News quoted a company spokesman as saying.