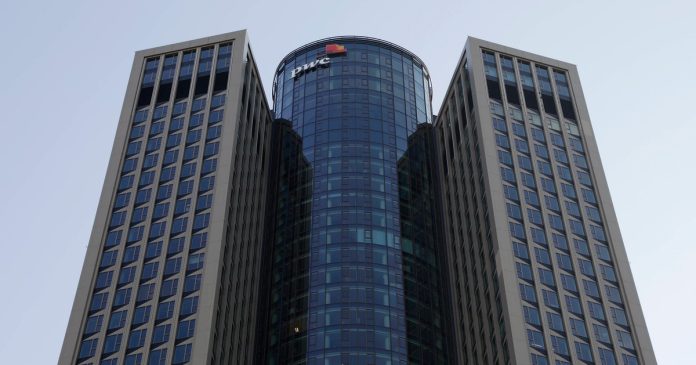 Frankfurt – In terms of advising clients on tax procedures, of all things, employees of audit firm PwC are said to have evaded sales taxes by the millions. According to the Frankfurt Public Prosecutor’s Office on Tuesday, there is a suspicion that advisory services provided in Germany between 2012 and 2017 were billed via the Swiss branch. Investigators estimated the tax damage to the German Tax Agency at more than 11 million euros.

In search of evidence, investigators said there was an extensive search in several federal states on Tuesday with the support of Hessian tax authorities and the Federal Criminal Police Office. On suspicion of tax evasion in particularly serious cases, the apartments of four senior employees and four former senior employees of the audit firm – whom the prosecutor’s office did not name – were searched. There were other searches in commercial buildings in Frankfurt am Main, Berlin, Düsseldorf, Hanover and Stuttgart.

PricewaterhouseCoopers “fully cooperates with the authorities”

A spokesperson for PricewaterhouseCoopers confirmed the search. “The Public Prosecution’s investigations are ongoing. We have accurate processes and clear procedures known to our staff; we are fully cooperating with the authorities,” the spokesperson said upon request.

According to the Public Prosecutor’s Office, the defendants, aged between 50 and 67, are suspected of “inaccurately declaring that the services provided to tax offices are those of a Swiss company in the joint international network.” Investigators explained that “the Swiss company’s listing was said to have served exclusively to conceal consulting services in Switzerland and thus evade sales tax.”

Elon Musk in court: the wild statements of the head of...