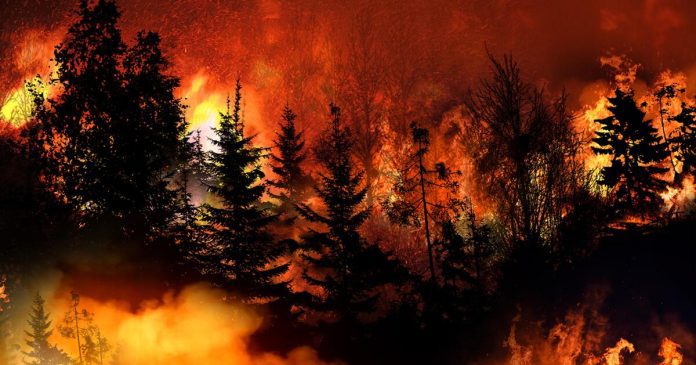 More on the climate crisis

Already this year, countries all over the world have been severe Forest fires to fight, including the United States. but also In some parts of Europe such as Portugal, Spain and Greece Summer bonfires. And the year 2022 may not be exceptional in terms of intensity and volume. In a new study, researchers from Australia present dramatic prospects: Global warming continuesIt increases the risk of forest fires.

Study: Fire risk increases for at least 30 more days by the end of the century

“Without effective climate protection measures, forests on all continents will start to burn more easily on at least 30 more days per year by the end of the century,” the research team reports. In an article about the study published on the scientific website The Conversation. This will be the case if the planet’s temperature increases by about 3.7 degrees by the year 2100.

In a lower emissions scenario, with global warming of about 1.8 degrees, each continent would still face at least 15 additional days per year when [Entflammbarkeits-]”Threshold exceeded,” the researchers wrote. For some forests, including the Amazon, the risk of fires is greater, warns the team led by Hamish Clarke of the University of Melbourne.

High risk of wildfires could lead to “extreme carbon losses in the Amazon region and serious public health impacts in South Asia and East Africa from wildfire smoke,” it said. The team writes in the study, which is published in the journal Nature Communications..

It is estimated that more than 330,000 people die each year as a result of smoke inhalation. By the end of the century, this number could “significantly increase.” The science team also warns of other consequences of fires and the smoke that accompanies them. Not only the health of people affected, but also their property, existing infrastructure, agriculture and tourism will suffer from wildfires frequently. However, these potential impacts can be avoided by “successfully reducing man-made climate change,” the Australian researchers assert.

Also read: Today’s temperatures in the Arctic are unprecedented in the past 7,500 years

For the study, the Australian research team evaluated 20 years of global satellite data – a total of more than 30 million global climate records and datasets. It examined the relationship between wildfires and a so-called vapor pressure deficit (VPD).

The study article states that the vapor pressure deficit is “a measure of the atmosphere’s ability to remove moisture from living and dead plants.” The Australian research team was able to use the data to establish a connection between VPD and fire activity: if it exceeds a certain threshold value of the vapor pressure deficit, wildfires become more likely. The threshold value depends on the type of forest.

As temperatures rise, so do the risks of natural disasters. In the video we explain how severe they are and how often they occur. (photo: iStock-Brasil2)