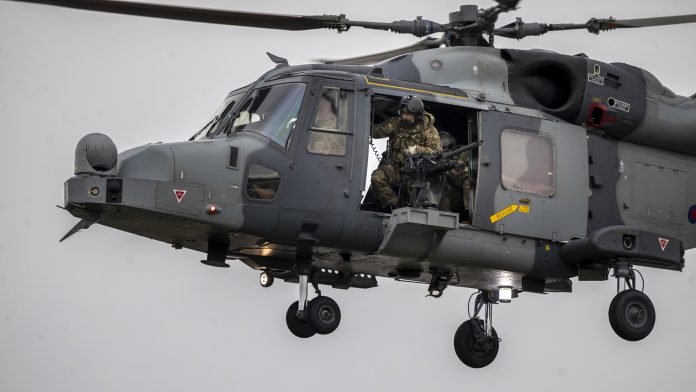 According to a media report, dozens of former military pilots from Great Britain trained Chinese soldiers to fight against NATO aircraft. The British Ministry of Defense responded with “immediate steps”.

The Chinese People’s Liberation Army is said to have pushed dozens of former British armed forces pilots into combat against Western military aircraft and helicopters.

The former soldiers are said to remain in China and receive an annual salary of around 240,000 pounds (equivalent to around 275,000 euros) for their services, Sky News reported on Tuesday.

James Hebei, Britain’s Minister of Defense and Veterans Affairs, was quoted as saying that China’s recruitment of British pilots had been a concern for Britain’s Ministry of Defense “for a number of years”. The pilots who are currently in China have been advised not to continue their activities there. In addition, a change in the law is planned that would make ignoring such government warnings a punishable offense.

The British Ministry of Defense said on Twitter that when former British military pilots train the Chinese military, “this clearly undermines Britain’s defensive advantage. We are taking immediate steps to prevent and criminalize this activity.”

Steps on offer include informing the military intelligence service of already conscripted former soldiers of possible punishment for their activities, expanding the National Security Act to include criminal prosecution options and the previous confidentiality agreements for the British armed forces being tested. .

It seems that a South African company is participating

According to the Sky News report, China is handling the recruitment of former British military personnel through a South African company called Test Flying Academy of South Africa (TFASA). The recruits are said to be pilots over 50 years old with decades of experience – the British government doesn’t know exactly how many.

Apparently, training is in demand for Merlin and Wildcat helicopter models, Harrier aircraft, Eurofighter Typhooon, Tornado and modern F-35 aircraft. However, according to current knowledge, a trainer from the West of the American-made aircraft was not found.

Australia and New Zealand responded with interest to the report. A New Zealand Armed Forces spokesperson told Reuters there were four known cases in which former military personnel had accepted a new job through the Counter-Terrorism Agency. Although former employees are free to take up a new position after leaving the service, this may have an impact on further employment in the armed forces. Australian Defense Minister Richard Marles said investigations into the possible employment of former Australian pilots in Chinese service have begun.