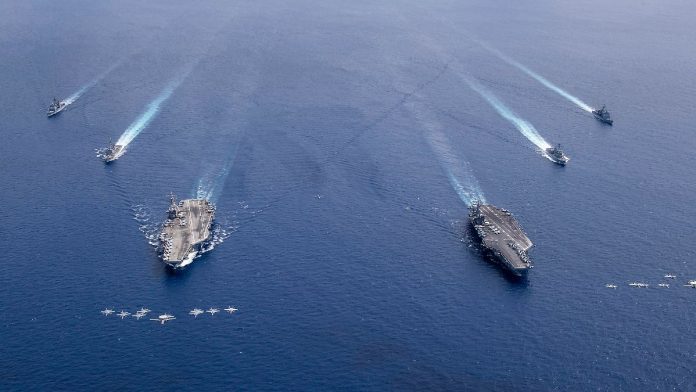 Shortly before US Vice President Kamala Harris’ visit, the Philippines reported an incident with China in the Spratly Islands in the South China Sea. This could inflame the dispute over the strategically important archipelago once again.

The incident occurred 700 meters off the coast of Pag-Asa Island, which is part of the disputed Spratly Islands in the South China Sea. Pag-asa is the largest of the Philippine-administered islands in the group.

A few hours later, US Vice President Kamala Harris landed in the Philippines on Sunday night. She wants to visit Puerto Princesa on Tuesday in the western province of Palawan, which includes Pag-Asa Island. Observers believe the visit could fuel tensions with China.

Relations between the two world powers are at a low point. Head of state and Chinese party leader Xi Jinping met US President Joe Biden at the G20 summit in Bali last week. Xi and Harris met briefly at the APEC summit in Thailand over the weekend.

China claims all of the strategically important Spratly Islands, while Brunei, Malaysia, and the Philippines each claim a portion of the islands. Military garrisons are located on many uninhabited islands.

China fails to tackle the epidemic