Home World Seals get lost on the farm 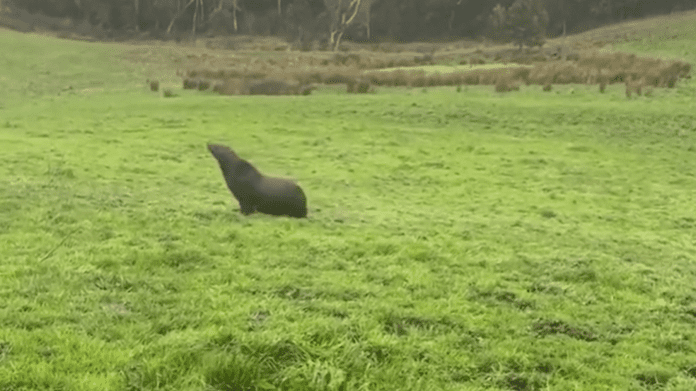 The seal becomes a star in Australia. How did the animal end up on a farm far from its home?

The presence of a seal on the ground has caused an uproar in Australia: A dairy farmer in the southeastern state of Victoria on Sunday discovered the animal crawling across pastures under the gaze of its desperate cows. “We drove the tractor across the meadow and at first we thought it was a hog. And when it started moving, we saw it was definitely not a hog, but a seal,” Carly McGee told ABC on Thursday.

There is about 30 km between the traditional range of seals off the coast and McGee’s pastures in Simpson Village. The farmer suspected that the animal might have swam downstream and then went ashore in search of food. Authorities have warned that Melbourne Zoo staff must examine the animal and return it to the sea.

A video clip taken by McGee shows seals crossing a pasture. “We’re not allowed to get close to him, so we can’t save him ourselves,” the farmer told Channel Seven. Since seeing him for the first time, he has advanced a little further inland and is now on her parents’ adjoining property.

Kazan, Russia: He was shot at Panorama School