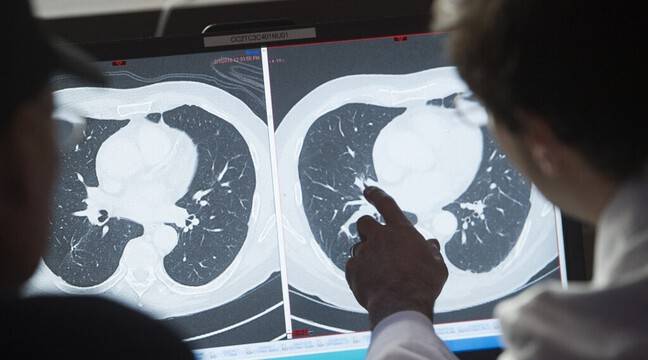 Health authorities warn, on Monday, about the progress of cervical cancer screening tests in France, as well as vaccination against the human papillomavirus that causes this disease, but it is still not enough.

Each year, nearly 3,000 women contract this cancer and 1,100 women die from it, the French Public Health Agency and the National Cancer Institute recall on the occasion of the European Week for the Prevention of Cervical Cancer.

Cancer can be eradicated

However, for the World Health Organization, this
cancer It can be completely eradicated thanks to two effective and complementary interventions: screening and vaccination, which prevent infection with the human papillomavirus (HPV).

Screening aims to detect and treat precancerous lesions before they develop into cancer. It also helps detect and treat cancers at an early stage. It should be done within the recommended time intervals: every 3 years between 25 and 29 years (after two tests that are done 1 year apart and have normal results) and every 5 years between 30 and 65 years.

Where are the women?

Women who have not yet done so are reminded by mail and benefit from full testing support, with no upfront costs. The French public health authority estimates that the national screening coverage for all women aged 25-65 years is 59% for the period 2018-2020. A slight increase compared to the previous period (58% in 2017-2019).

This number varies greatly with age and location. It reaches 65% between the ages of 25 and 45 and then decreases significantly from the age of 50 to 45% among women in the 60-65 age group.

Vaccination coverage is ongoing but not sufficient

The lowest coverage (less than 50%) is observed in the overseas departments and regions, with the exception of Réunion, as well as in Seine-Saint-Denis, Val d’Oise and Val-de-Marne. According to the Public Health Agency, coverage is in any case “insufficient” and “far from the 70% recommended by the European Union”.

The second pillar of prevention, vaccines have been around since 2000 against HPV infection. Vaccination coverage among teenage girls has been advancing for several years but is still insufficient. In 2020, it was estimated to be 41% for a dose at age 15 (35% in 2019) and 33% for a complete regimen at age 16 (28% in 2019). Several countries, including France this year, have also expanded vaccination coverage for boys.