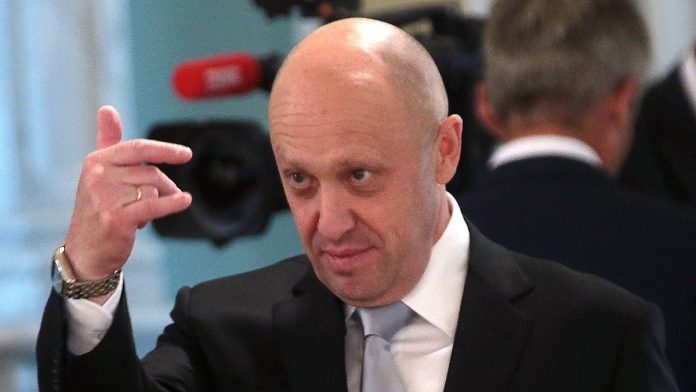 Russian restaurant company Prigozhin is defending itself against EU sanctions. A confidant of the Kremlin, nicknamed “Putin’s chef”, says that they are infringing on his professional freedom. The judges rejected it, saying that was exactly the point.

The General Court of the European Union has rejected a lawsuit brought by prominent Russian businessman Yevgeny Prigozhin against EU sanctions. According to the ruling, the judges did not consider that the punitive measures against the confidant of Russian President Vladimir Putin were insufficiently justified and based on inadmissible evidence. Prigozhin had brought this up in a lawsuit.

The 61-year-old Prigozhin, also known as “Putin’s Koch”, is on the EU sanctions list because the EU considers him a major donor and unofficial head of the Wagner mercenary group. He has been accused of violating the UN arms embargo on Libya since 2020. Since April of this year, he has also belonged to the group of Russians sanctioned by the European Union for supporting Putin’s policy in Ukraine. According to the European Union, Prigozhin is responsible, among other things, for sending the Wagner Group mercenaries to Ukraine.

The EU sanctions decisions provided for the freezing of all of Prigozhin’s existing assets in the EU. In addition, he is no longer allowed to enter the European Union. Prigozhin can still appeal to the European Court of Justice against the court’s decision. His complaint specifically relates to the sanctions resolution on violations of the arms embargo imposed on Libya, which also prohibits the deployment of mercenaries in Libya.

Caterer and chef of the Kremlin

The court did not accept the businessman’s argument that the penalties violated his right to property and freedom of action. Because this is “by definition” the result and purpose of sanctions. Restrictions are justified by the intended goal. (Az: T-723/20)

Prigozhin is called “Putin’s chef” because he is said to have met Putin in one of his restaurants. The entrepreneur also receives lucrative contracts from the state for school meals and the supply of kindergartens. His Concorde Catering Company also cooks in the Kremlin. Also associated with him is the Troll plant in St. Petersburg, deliberately spreading false news on the Internet.