Home science Salmonella in Kinder Products: Six Searches in Belgium and Luxembourg in the... 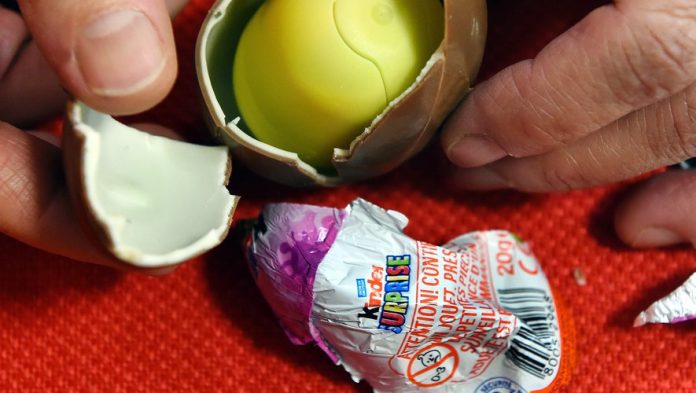 primary
Several searches were conducted in Belgium on Wednesday, June 8 as part of the investigation into salmonella poisoning linked to Kinder products.

Six inspections were carried out on Wednesday in Belgium and Luxembourg as part of the Belgian justice investigation into the salmonella poisoning that littered the confectionery giant Ferrero, the Parque floor in Arlon (south) announced.

One of these police raids targeted the Ferrero factory in Arlon, southern Belgium, where the scandal began that led to the recall of thousands of tons of Kinder products. The factory has been closed since April 8 by a decision of the health authorities, and the factory has not yet resumed production. The entire Kinder range produced there (Kinder Surprise, Kinder Mini Eggs, Kinder Surprise Maxi 100g, Kinder Schoko-Bons) were recalled in April.

In addition to Arlon, two other searches are taking place in Brussels, and three searches in the Grand Duchy of Luxembourg where the head office of the group founded in Italy is located, said Anne-Sophie Guillemot, a spokeswoman for the Belgian Public Prosecutor’s Office. Luxembourg. Anne-Sophie Guillemot added that “documents and computers” were seized, but no arrests had been made. At this point no one has been charged.

An investigation conducted by an investigative judge from Arlon since April 19 aims to determine the responsibilities in this contamination with possible deficiencies in terms of communication with health authorities. It targets suspected non-compliance with “tracking obligations in the food chain,” “violations of legal provisions relating to food safety and hygiene,” “involuntary bodily harm” and “failure to provide personal assistance at risk,” the statement said.

See also  When should this start? Healing practice

Ferrero Group is suspected of delaying alerting authorities and recalling its products, when salmonella was discovered at its Arlon facility on December 15. The contamination comes from a filter in a dairy butter tank, according to the multinational.

150 cases of salmonellosis in Europe

In mid-April, 150 cases of salmonellosis were detected in nine European countries including France, mainly in children under the age of ten. Salmonellosis sometimes causes symptoms similar to those of acute gastroenteritis: diarrhea, abdominal cramps, mild fever, and even vomiting. No deaths have been reported.