Home Top News RWE and RWO excitement: No winner between Munster and Wuppertal 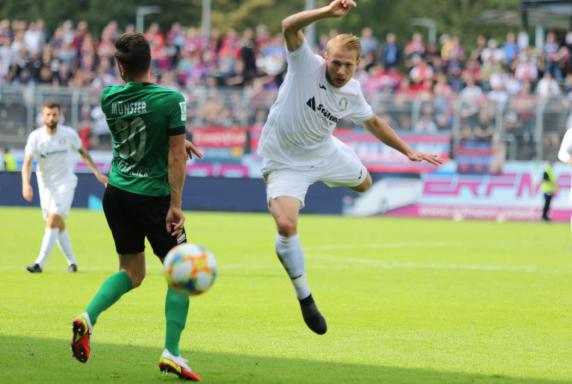 The fight between SC Brusen Munster and Wuppertaler SV was not a winner on Sunday. This means that RWE and RWO are first and second in the reverse derby.

SC Brossen Munster and Wuppertaler split aimlessly in front of 4778 spectators at the SV Prussian Stadium.

WSV Sports Director Stephen Coasters had previously predicted that this would be a close match. “We are playing a good series. In fact, the performance of the 0-1 win against Road-Weiss Essen was only weak. Otherwise everything was fine. I see the Munster game as a bonus game. The team needs to reach the goal and enjoy the game. Do only SCP for many years.

It happened: WSV annoyed the Prussians with a hammer spray on their home. Without the injured Dennis Tobey, Thorban Tiders and Manuel Ferona Pulito, the Sasha Hildman team would have struggled to play real high quality players. Simon Sherter (14) had the best chance. Lion Schweizer (8th) previously tested Maximilian Schulz Nihus’ head on the other side.

The two gave nothing to each other and fought passionately. But the chances of getting the score, as already mentioned, were slim. In the second round Semir Sarik (68th) and Nikolai Remberg (72nd) had the best chances, but on the other side were Schulz Nehus and Sebastian Potzler.

See also  CDU Restructuring: Altmaier: "Everyone should start with himself"

Before the 10th match day, Wuppertal in fourth place, the Munster front-runners are now chasing the Ruhrbot clubs. Wuppertal welcomes Schalke II at the zoo on Saturday, with Munster set to travel to Fortune on Friday evening for Cologne.

How will the US deal with the Chinese threat? The...