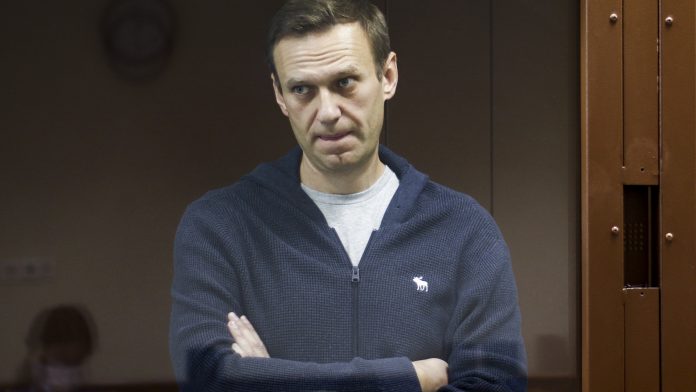 Kremlin critic Navalny is already in a concentration camp. But the Russian judiciary continues to take action against him. Now he faces another punishment for his fight against corruption.

A new charge has been brought against imprisoned Kremlin critic Alexei Navalny in Russia, which could significantly extend his prison term. The commission of inquiry responsible for serious crimes said Navalny was accused of setting up an illegal organization.

Navalny faces up to three years in prison if convicted of the new allegations. Specifically, it concerns Nawalnys The FBK Anti-Corruption Foundation, which in the meantime has been designated as “extremist” and banned in Russia. Navalny is now accused of “violating the rights of citizens” with the organization, because the foundation incited Russians to “illegal actions”, in particular through “invitations to participate in unauthorized meetings”.

FBK Videos: Mighty Ones on the Horizon

Navalny had already reported in May that investigations had begun against him as a result. FBK was founded ten years ago, and since then has posted several videos about the hidden assets of Russian officials.

In this way, the institution has repeatedly attracted attention in recent years. So they assigned to Prime Minister Dmitry Medvedev assets which were said to have been partly a gift from one of Russia’s richest oligarchs. 32 million people watched a video about Medvedev on YouTube. Recently, FBK caused quite a stir with a documentary about the alleged luxury properties of President Vladimir Putin.

Navalny survived an attack in Russia last August with a neurotoxin from the Novichok group, which he blamed on the Kremlin. After treatment at the Berlin Charité, he was arrested in Russia on his return in January, and later sentenced to more than two and a half years in a camp for alleged violations of probation conditions.

The Russian opposition accuses the leadership in Moscow of launching a widespread campaign of intimidation against government critics ahead of parliamentary elections in September. The Kremlin denies this.

Ukraine conflict: US warns Russia of a ‘grave mistake’ – Foreign...