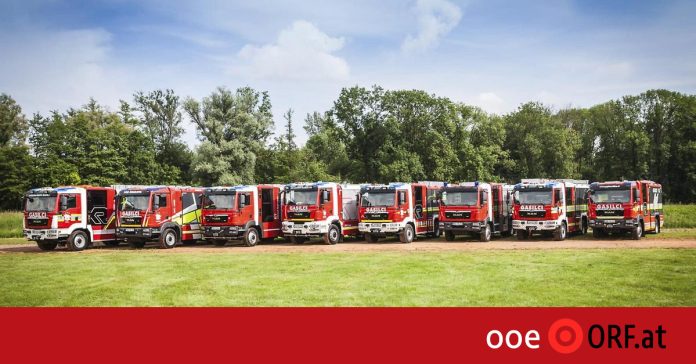 Firefighting vehicles should become CO2-free by 2030. At least this is the vision of firefighter equipment supplier Rosenbauer based in Leonding (Linz-Land region). The company plans to be able to offer at least one electric fire engine in all series by next year.

With the presentation of Vision’s “CO2-Free Fire Brigade” on Sunday at the international trade fair for fire and disaster control, rescue and security “Interschutz” in Hannover, Germany, the manufacturer, which recently slipped deeper into its loss zone, must also create the financial reversal.

“We are convinced that this will raise profitability to an even better level,” said Chief Financial Officer Sebastian Wolf. By 2030, the goal is to increase sales to $2 billion compared to $975 million in 2021. This should be achieved with half of the vehicles sold with an alternative engine. Wolf identified the largest growth opportunities for the automotive sector in North America and the Far East. According to sales manager Andreas Zeller, the first electric fire engine on American soil also came from their production, which was built in Los Angeles.

Automotive business remains the most important source of revenue

Above all, growth must be achieved organically; Acquisitions are only considered if they provide access to new technologies or markets. The automotive business should also be the group’s most important source of revenue in 2030. According to internal forecasts, the division will have doubled in size from the last 709 million euros to 1.4 billion euros by the end of this decade, which corresponds to the annual production of about 3,000 firefighting vehicles (2021: 2,000 vehicles) .

See also  Is the train show at Aldi really worth it?

According to Daniel Tomashko of the group’s board of directors, electric cars will be produced not only at the Leonding site, but also at Asten. A total of seven line sites and four fixed assembly sites are currently available for final assembly. A total of 700,000 euros were invested in this.

Group corporate profitability should improve significantly in line with the group’s long-term strategy: a permanent EBIT margin in the 7% range (2021: 3.6 per cent) and a 14 per cent return on capital employed (2021: 5.7 per cent) target.

Media: Bertelsmann and the “hero” strategy