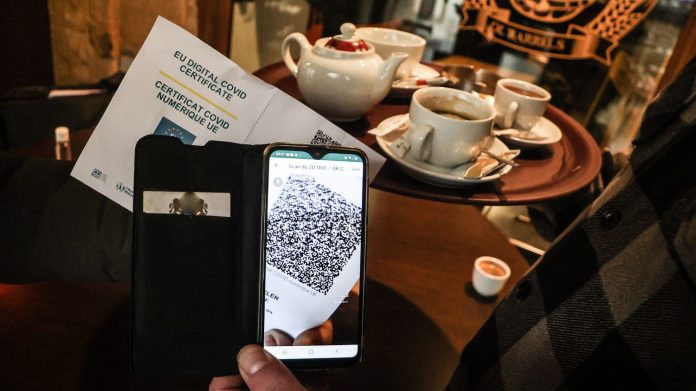 A new examination of the text is scheduled for Tuesday afternoon in the Law Committee, Wednesday in the Assembly and Thursday in the Senate, before the final vote on Friday, at the Palais Bourbon.

France Info learned from a parliamentary source that deputies and senators did not reach an agreement on a new anti-Covid bill called “Health Vigilance”, during the joint committee held on Tuesday, 2 November. The future of the health card, after November 15, is at the heart of the blockage.

This failure sets the stage for a new examination of the text Tuesday afternoon in the Law Committee, Wednesday in the Assembly and Thursday in the Senate, before the final vote on Friday, at the Bourbon Palace.

On Thursday, October 28, the Senate reduced from July 31 to February 28 the possible extension of curb measures against the Covid-19 epidemic, deeming a parliamentary review necessary before the summer. While the government and the majority hold the Bourbon Palace on July 31, which allows to “overpower” the presidential and legislative elections. The Senate is also calling for the “territorialization” of the health permit from November 15. It will therefore be limited to departments that have not reached a vaccination rate of 80% of the eligible population, and in which active spread of the virus has been observed.