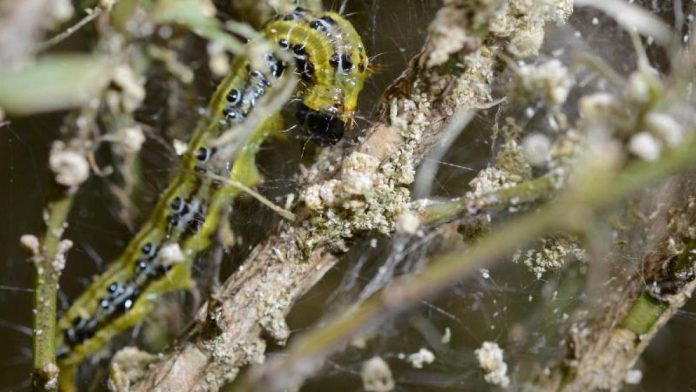 Hobby growers can fight the boxwood moth. To do this, they must use biological sprays twice a year. The first stage is the second half of April, when the caterpillars leave their winter cocoons. This was announced by the Augustenberg Agricultural Technology Center.

Before that, the battle may be ineffective. You can spray again in mid-July.

In cemeteries, obsessive gardeners should clarify in advance whether the use of pesticides is permissible. This also applies to organic products. Regional cemetery regulations can block funds.

As a second measure, box trees can be pruned in mid-April. This includes collecting the larvae that have overflowed between two sheets. Another good cut is in mid-September.

Yellow-green caterpillars winter on boxwood. They start eating the leaves in March and April. Often only dry remains, in the shape of a sickle, remain, and sometimes the bark is also devoured. After cocooning, the first generation of beetles hatch at the end of May. New eggs are laid from mid-June and feeding begins again. The next pupation occurs at the end of August. Depending on the weather, the stages can be postponed for a week or two. Trees are badly damaged by pests, but then sprout again. (Dpa)

An infected person in the Paris region, why is this case...