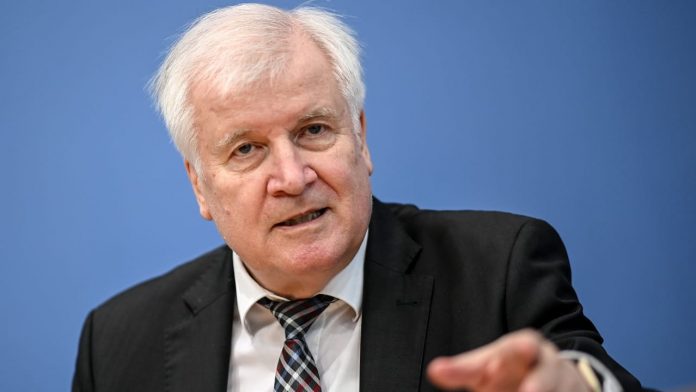 Seehofer thanked them for the tremendous efforts and assured Germany’s readiness to support the protection of the external borders and any humanitarian aid at the site.

Seehofer saw this as a good sign that the Belarusian side was now ready to bring aid supplies to the border region through the International Organization for Migration and the United Nations High Commissioner for Refugees. Seehofer also welcomed the fact that many airlines have modified their conditions of carriage for flights from Turkey to Minsk. After that, people from Iraq, Syria and Yemen will not be transferred to Minsk until further notice.

Seehofer: The decision of the Turkish authorities and airlines is important. We are saving people from getting into these inhumane conditions on the Belarusian-Polish border.”

▶ ︎ The Iraqi Ministry of Foreign Affairs announced that it will return those wishing to return from Belarus.

Seehofer: “If the Iraqi government is ready, it could be a very decisive step towards resolving the situation in Belarus.”

Seehofer plans to travel to Warsaw in the coming days to talk with his Polish counterpart about further steps in cooperation.