Home World Putin threatens the catastrophe of the century – Russia faces default at... 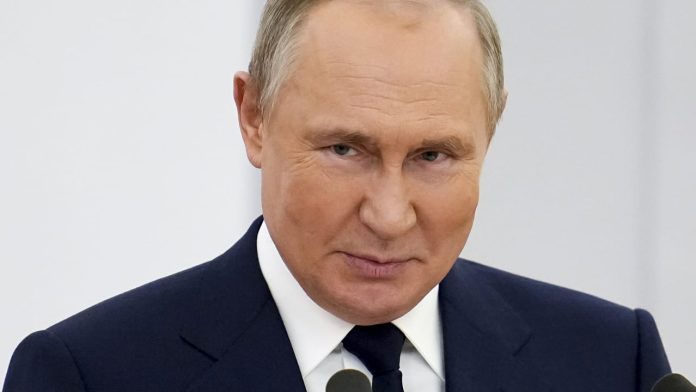 Unpaid interest on dollar bonds brings Russia to the brink of its first default.

It is the first time since the Russian Revolution over a century ago.

One reason is EU sanctions. It recently re-listed the payment processor that Moscow wanted to use to service its Eurobonds.

So far, the state has always been able to avoid default, but this time it may fail.

Why does Russia not pay its debts?

The unusual thing is that Russia does not default due to lack of funds. The country has large holdings of foreign currency and generates billions per month from oil and gas exports. So the outstanding external debt of about $40 billion, with roughly $2 billion repaid by the end of the year, should be easy to deal with.

However, the country is largely cut off from international payment transactions due to the sanctions imposed by the West in response to the Russian invasion of Ukraine.

In addition, part of its currency reserves were frozen. The exemption that allowed holders of Russian government bonds in the United States to receive payments has now expired. This bankrupts Russia by blocking the path through which payments can reach bondholders’ bank accounts.

Russia is trying to find a way out by directing creditors to pay in Russian rubles or in hard currencies other than dollars, bypassing Western payment infrastructure.

See also  'You must make you shiver': Tiananmen veteran sends message to Xi

However, the plan would not have allowed Russia to avoid default because American investors were not able to participate.

On Friday, the European Union imposed sanctions on Russia’s National Depository for Settlement, which was supposed to handle bond payments.

When can bankruptcy occur?

Russia can be officially declared insolvent at the end of June.

It is questionable whether the interest payments, which Russia says it ordered on May 27, will also reach bondholders due to the sanctions.

Specifically, it relates to interest payments of $71.25 million and €26.5 million (equivalent to $28 million). In order to avoid defaults, the money must end up in the accounts within the 30-day grace period.

Russia only repaid a bond that was due in early April, shortly before the grace period expired on May 2. However, because this did not include interest on arrears of more than $1.9 million, creditors submitted the case to the CDDC’s Investors Committee. The committee then classified Russia as a defaulter. As a result, buyers of virtual insurance policies can assert their claims against providers of so-called default swaps (CDS).

How bad is national bankruptcy?

Russia is already cut off from global financial markets. Aside from damaging the reputation, default has other consequences.

This is how creditors can go to court to confiscate Russia’s foreign assets.

︎ In addition, there is a risk of a long and costly process of restructuring bad debts if Russia and the West come close again in the future.

A state bankruptcy usually increases the cost of borrowing in the long run, and thus could cost Russia dearly for years to come. (if)

See also  The fires are extinguished, but... - Athena suffocates under a bell of smoke - News