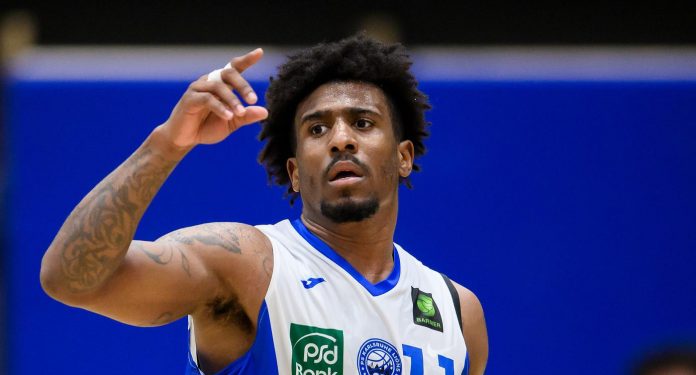 Fifth game of the season

At the end of the first half, the PSK lions of the Itzehoe Eagles had to content themselves with a small lead. But after changing teams, the second-tier basketball team in Karlsruhe turned its edge into points – until things got exciting again at the end.

Even in the frantic final phase, the PSK Lions basketball players eventually maintained their composure in their mission against the Itzhui Eagles. In a deserved 92:87 (41:38) win over the rookie, the second division team in Karlsruhe showed strong and focused performances over long runs – but made it unnecessarily exciting in the end.

“We were disciplined in many stages, but in the end our game was very chaotic. We have to learn to control the game better if we advance by ten points or more,” said head coach Alexander Shibanovic after the duel with a fairly up-and-coming player. “It wasn’t easy to play,” said Shibanovic.

For the Lions, who greeted rival Tübingen Tiger on Saturday (7.30 p.m.), it was their third success in their fifth game of the season.

Guests do not initially use Eagles vulnerabilities steadily

The Schleswig-Holstein Eagles got off to a good start in the Brokdorf gym, Itzehoe looking a little fresher and more determined in the first few minutes.

However, the visitors dominated the match more and more after five minutes, taking advantage of sometimes huge gaps in the hosts’ defensive union. The leadership of the lions after the first section was too poor for that (22:19).

After the first quarter break, Baden made better use of the free space: three consecutive long-range goals from Nils Schmitz, Kylon Harris and Ferdinand Zylka quickly gave them a ten-point lead (31:21).

Against the Eagles, who were very confused at this point, PSK basketball players failed to consolidate their lead. Carelessness in the back and forward led the newcomer to return to work as a result.

Lions pushed Speed ​​back towards the end with guard Whitaker. A step-by-step blunder by Matthew Freeman cost him a better first-half start, as Yassin Kolo scored in return with a superb three-pointer with the final siren to 38:41 from the Eagles’ point of view.

The hosts took the momentum with them in the second half, which was initially balanced. However, the Lions remained patient, and led by Whitaker, who was turning the flywheel more and more, as well as the agile Zylka and also by Freeman, who twice hit dry from distance, earned 13 points by the end of the third quarter (77:64). The backlog was ultimately a mortgage that was too large for the committed newcomer and never paid off.