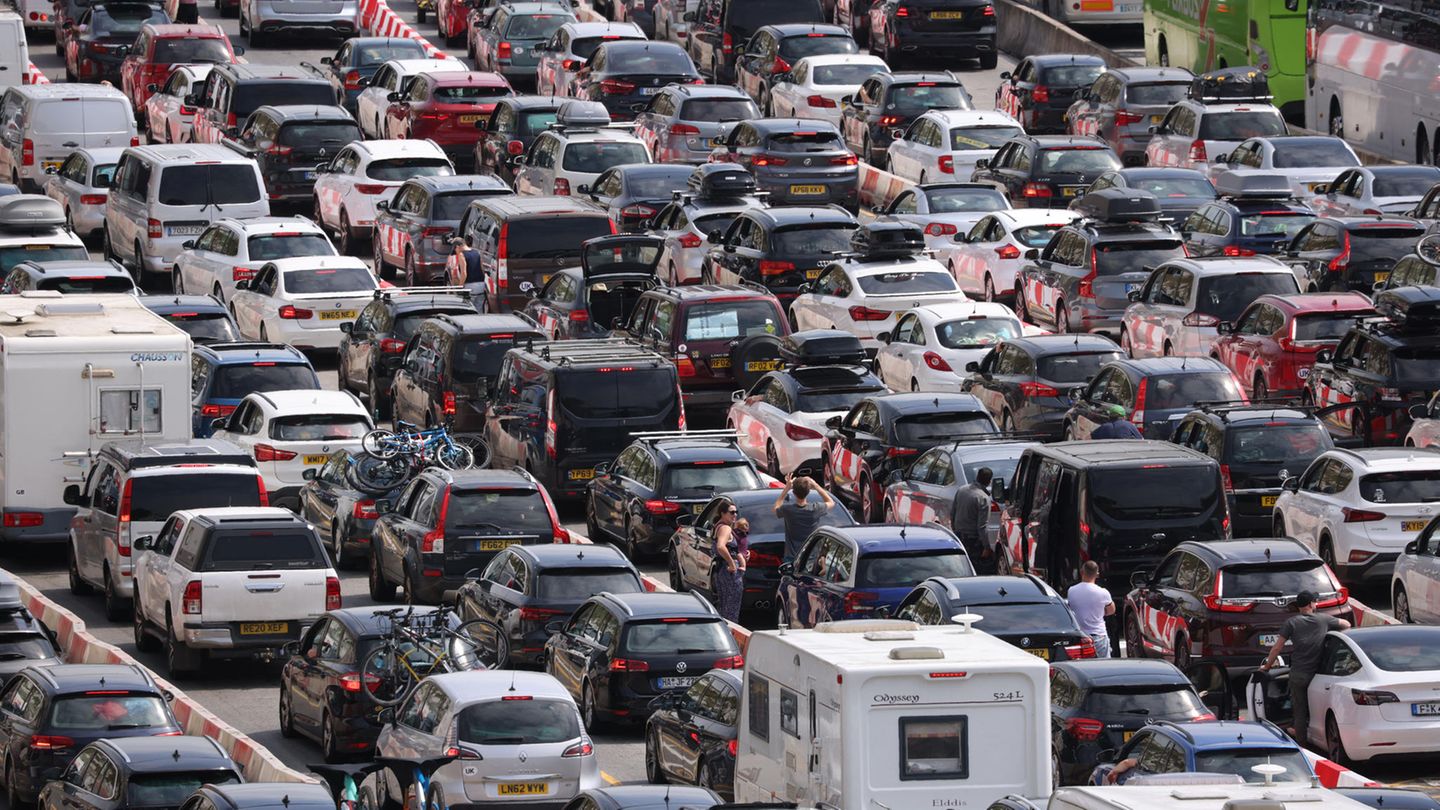 Nothing works anymore in Dover: a huge traffic jam dominates the ferry port. English families miss their holiday phrases. The British complain that the French are to blame.

The holidays have started this week in England and Wales as many families want to spend their holidays on the continent. But Dover, one of the most important ferry ports, is mired in chaos.

The queues for cars and trucks were so extreme on Friday that the port in southeast England declared a state of emergency in the morning, according to several media in Great Britain. Traffic at the ferry entrances has stopped completely. Families waited for hours without even getting close to their ship, and some families missed their booked crossing, according to the BBC.

The French are to blame for the chaos – at least according to the British interpretation. The Dover Port Authority blamed the French authorities for the emergency. Passport control could have unfortunately staffed too few, it was said in the capital in the county of Kent on Friday. Passports are checked on the British side before people board the ferry to Calais. Although the rush was expected, the French did not plan a sufficient number of personnel for passport control. According to the BBC, only half of the twelve passport controls should be opened.

“French customs left us hanging this morning,” port director Doug Bannister told the BBC. And in an official statement, his organization was similarly clear: “The lack of personnel on the French border spoils the beginning of the summer holidays,” it was reported there. The ferry trip between Dover and Calais actually only takes an hour and a half. If you reach the ferry to the continent.

More bureaucracy due to Brexit

According to information from the German news agency (dpa), the background is also Britain’s exit from the European Union. Because British holidaymakers entering the European Union now have to stamp their passports because they are only allowed to stay in EU member states for 90 days at a time. “It’s something we insisted on when we left the European Union,” British travel correspondent Simon Calder told Sky News.

In addition to the difficulties in the English Channel, protests against high fuel prices were announced on important transport hubs in Great Britain. Demonstrators wanted to move in very slow columns of vehicles on roads such as the M5 north-south axis and the M4 east-west axis to disrupt the flow of traffic. The route is especially important for vacationers who are on vacation in their country. Chaos on the streets is expected to increase over the weekend.

For those who set off from Great Britain to northern France, the beginning of the holidays became a nightmare. The BBC spoke to a father who wanted to travel from England to Italy via Calais with his three children. The family arrived in Dover two hours before the ferry left that morning, according to official directions – but then broke down and were not within sight of the terminal for hours.

Another passenger was quoted as saying that he was moving at a speed of about 50 meters per hour. “At this rate, it will take 34 hours to reach the port.” And all this “with a baby crying.”

According to the BBC, shipping company P&O Ferries is now advising its customers to plan at least six hours for the controls – and in any case take enough food and water with them.

Sources: BBC / With material from dpa and AFP

Here, in contrast to stressful travel, is a video of his dreams: the famous Stonehenge, a view of the Milky Way or the pier of Hearn Bay: The British night sky shows its most beautiful aspect in photographs by photographer Chris Cork.

Zelensky: “The battle for Severodonetsk is decisive”