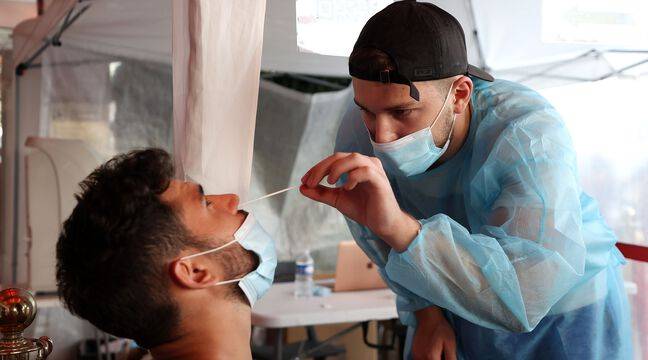 The number of announced infections of Covid-19 continues to decline in Pays-de-la-Loire. Having suffered worse than the rest of the country for so long, the region’s infection rate is now lower than the national average, according to the The latest numbers released on Friday by the Regional Health Agency (ARS). About 670 positive cases are currently registered per 100,000 residents, compared to 763 in France.

And for the record, the same incidence was 1020 last week and 2070 just 15 days ago. Thus, the decline in the epidemic, exacerbated by reduced screening, is astounding. The direction in Sarthe and Maine Lower seems to be the most favorable.

Close the vaccination center next door

However, vigilance is still required because the positivity rate of people who come for testing remains at an alarming level. More than one in four (28%) screening results in a positive result. This is higher than the national average (22%). About 800 Covid-19 patients are now hospitalized in Pays-de-la-Loire. They are 71 in intensive care, according to AR.

It is not surprising, given the increase in vaccination coverage, that the volume of vaccinations performed is falling sharply. Trend leads to reorganization in Nantes. Thus, the large vaccination center at the Beaujoire Exhibition Center, which has conducted more than 600,000 injections since January 2021, is closing its doors. Its activity is being moved to the Nantes Erdre Festive Room with a limited opening for three days (Wednesday, Saturday and Sunday) from next week. Wednesday afternoons will be reserved for pediatric appointments (5-11 years old). One mobile vaccination center Also re-launched from this weekend for the Nantes regions.

Sleeping less than 6 hours in middle age increases the risk...