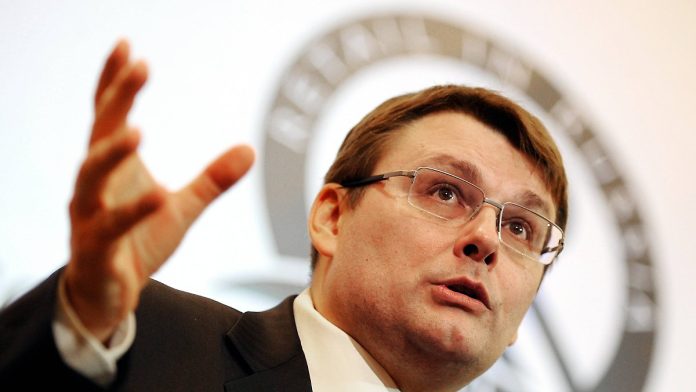 The Baltic states are very concerned about the military attacks by Russia. A legislative initiative by the State Duma now confirms the worst fear: a hardliner in the Kremlin who denies Lithuania’s independence. But unlike Ukraine, the country is under NATO protection.

Russia’s lower house of parliament aims to abolish Lithuania’s independence. The State Duma deputy, Yevgeny Fyodorov, introduced a corresponding bill, according to the Russian news agency RIA Novosti, arguing primarily from a legal point of view. Accordingly, the decree “Recognizing the independence of the Republic of Lithuania” since the times of the Soviet Union is illegal. According to the bill, the decree was passed by an unconstitutional body that allegedly violated several articles of the USSR Constitution, RIA Novosti reports.

Lithuania did not hold a valid referendum on secession from the Soviet Union. This violates Soviet law regulating the separation of the now independent Soviet republics from Moscow. According to the Russian Constitution, the Russian Federation considers itself the legal successor to the Soviet Union.

About an hour after Russian news agencies announced the bill, Kremlin spokesman Dmitry Peskov told state news agency TASS that the Kremlin was not aware of “such an initiative.”

The Kremlin is tough and vengeful

Fyodorov is a member of the United Russia Majority Party, which supports the course of President Vladimir Putin. He is considered a hard-right extremist and head of the “National Liberation Movement” (NOD), which aims to expand Russia’s influence so that the Union becomes once again as powerful as the Soviet Union. All parties represented in the State Duma are considered loyal to the Kremlin, which is why laws are usually passed unanimously.

As one of five NATO member states, Lithuania shares a border with Russia. There is great concern about the spread of Russian aggression to the Baltic states. For this reason, representatives of the three Baltic states recently welcomed Chancellor Olaf Schultz’s commitment to grant Lithuania stronger military protection. In the run-up to the visit, the Baltic states pushed for a stronger NATO presence in the Eastern Alliance region.