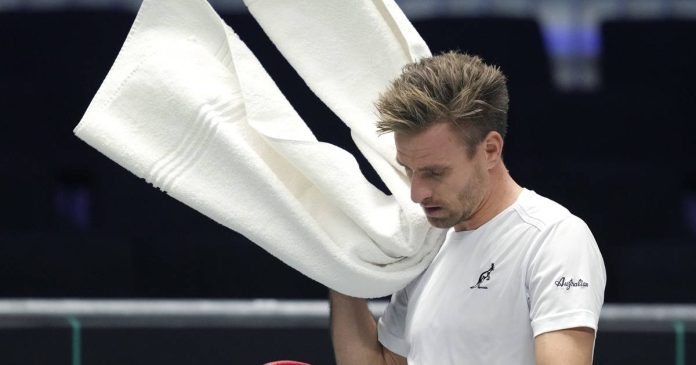 Innsbruck Germany’s Davis Cup team stands on the wall in the quarter-final against Great Britain after the opening defeat to Petr Jojowczyk. The 32-year-old from Munich, who came to replace Dominic Kupfer, lost 2:6, 1:6 to Daniel Evans in just 55 minutes.

Of the remaining two matches, the DTB selection needs two wins to reach the semi-finals for the first time in 14 years.

But Jan-Lennard Struve (Warstein) is also an outsider in the second singles against world number 12 and Indian Wells winner Cameron Norrie. For a possible decision in the doubles, Captain Michael Coleman nominated Kevin Krawetz (Coburg) and Tim Putz (Frankfurt/Main) again. Two years ago in Madrid, DTB was eliminated in the quarter-final against Great Britain (0:2).

Coleman relied on Gojowczyk, among other things, as he had a positive (2-0) record against Evans – but the previous two games had taken place at Challenger level in 2013 and 2016. On Tuesday, Gojowczyk, who surprisingly played his way into the second round, acted as a qualifier At this year’s US Open and reached the semi-finals on the ATP Tour, extremely nervous and flawed.

A very focused Evans benefited from a very consistent first serve. On the other hand, Gojowczyk found no rhythm in the second movement either and was not able to properly resolve the tension, which was also reflected in seven double faults.