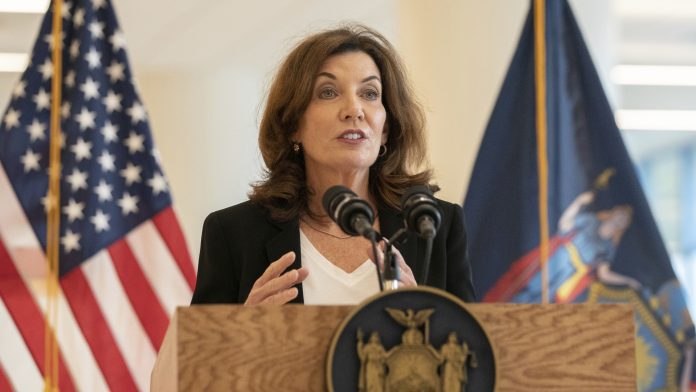 In fact, polio is considered eradicated – in the US state of New York, however, viruses are now increasingly found in sewage. Governor Hochul declared a state of emergency.

Polioviruses have recently been detected in wastewater in several counties in New York State. An alarm signal, because polio pathogens are often spread through contaminated water. Also in July, a man in an affected community contracted polio, the first case in the United States in nearly a decade.

The New York Health Authority is concerned about the spread of the virus in the city. So Gov. Cathy Hochhol declared a disaster. Among other things, the network of providers who are allowed to administer polio vaccines has been expanded to include emergency responders, midwives and pharmacists. The health authority urged all residents who have been inadequately vaccinated or who have not been immunized. This is especially true for children.

Polio has been considered eradicated in the United States since the late 1970s. Experts attribute the fact that infectious diseases are now increasing again to a lack of vaccination among the population.

In New York City, 14 percent of children between the ages of six months and five years have not been fully vaccinated against polio. In counties where viruses have been detected in sewage, the vaccination rate in the total population is sometimes only 40 percent.

See also  EIL: Iran attacks an alleged US base in Iraq - Politics

Elizabeth of Belgium shows herself in a camouflage suit