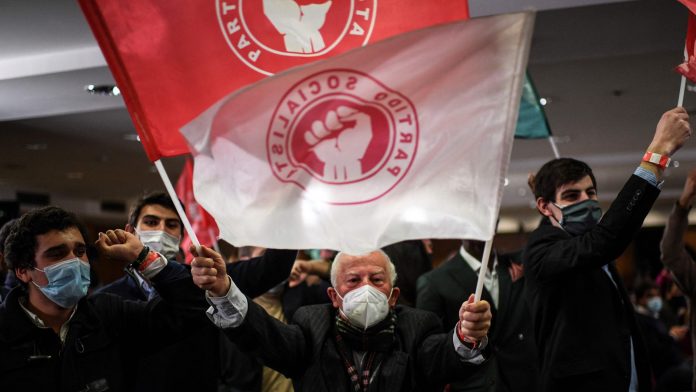 It is clear that the Socialist Party of Portuguese Prime Minister Costa has won the early parliamentary elections. She won an absolute majority of seats in the Lisbon Parliament.

The ruling Socialist Party surprisingly won the new parliamentary elections in Portugal and won an absolute majority of seats. Prime Minister Antonio Costa’s Social Democrats took a good 41.6 percent of the vote on Sunday, taking at least 117 of the 230 seats in the “Assembleia da República” in Lisbon, according to the electoral authority.

Natalia Bachmaier, ARD Madrid, now Lisbon, on the current outlook for the parliamentary elections in Portugal

With more than 99 percent of the votes counted, the Socialist Party has improved by more than five percentage points compared to the last election in the fall of 2019. According to preliminary results, the largest opposition party, the conservative Public Security Party led by its top candidate Roy Rio, only got 27.9 in cent. All other parties remained in one box.

Right-wing populists are on the rise

In addition to the SWP, right-wing populist Chiga (Enough) led by top candidate Andre Ventura was able to celebrate. It improved from 1.29 to 7.15 percent compared to 2019 and increased the number of deputies from one to at least eleven.

See also  Zimbabwe shoots up to 500 elephants to shoot at

Costa lost support in Parliament in November, as his party pushed legislation with the help of the left-wing bloc and the Communists since 2015. The country’s economy has been hit hard by the coronavirus pandemic.