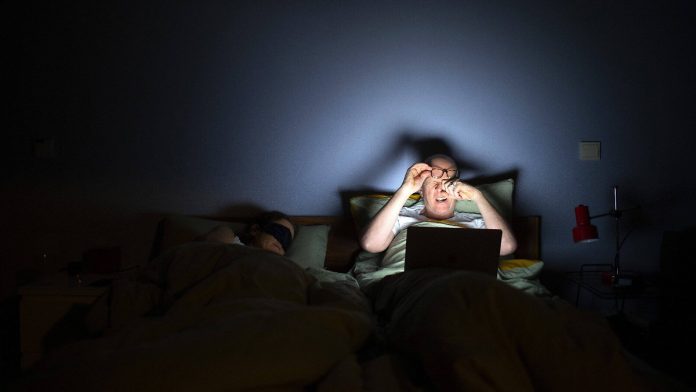 Lack of sleep increases the risk of dementia in old age

Middle-aged people who sleep only six hours or even less over a long period of time are at risk of developing dementia later on. This is the result of a long-term study in which the tested subjects were observed over several decades.

In a long-term study, researchers found that there appears to be a relationship between longer sleep and the risk of developing dementia in old age. Severine Sabia, of the French Institute of Health and Medical Research in Paris (Inserm), said according to a statement issued by the institute: “It is known that people with dementia have problems sleeping, but it is still not clear whether the duration of sleep is average. affect the risk of developing dementia in old age.” Researchers were also aware that dementias, like Alzheimer’s disease, had developed over several decades.

To check whether there is a link between sleep duration and dementia, the research team analyzed data from 7,959 British adults. This data is all from people who have participated in the so-called Whitehall II study since the mid-1980s. Interviews and medical examinations of the people, all British officials, were conducted regularly. They reported their sleep duration between 1985 and 1988, which is between the ages of 35 and 55, and in 2015 and 2016, between the ages of 63 and 86, six times. The researchers were able to estimate sleep duration at ages 50, 60, and 70.

In addition, so-called accelerometers were used in 4,267 study participants between 2012 and 2013. These record body movements. Subjects were asked to wear the devices for nine consecutive days. The data obtained in this way should help determine objective information in the questionnaires.

521 cases of dementia at the end of the study

A total of 521 participants had developed dementia by the end of the 2019 study period. The study found a 20 to 40 percent higher risk of dementia in people who slept less than or exactly six hours a night at the age of 50 or 60. “Based on a very long follow-up period, we found that short-term sleep in middle age, assessed more than 25 years earlier than average age at onset of dementia, is associated with risk of dementia later in life,” summarizes Sabia. At the same time, the scientists found no significant association between sleeping eight hours or more and the risk of developing dementia.

When analyzing the data, other factors that could influence the risk of developing dementia were also included, such as nicotine, alcohol consumption, physical activity, body mass index, and diet. Although the researchers were unable to establish a direct link between insufficient sleep and an increased risk of dementia with their findings, the unusually long observation periods made it possible to rule out sleep disturbances as an early symptom of dementia. However, at the same time, there is a possibility that sleep disturbances and dementia may be the result of a third disease. Therefore, further investigations are scheduled.

Sabia concludes, “While we cannot confirm that poor sleep in fact increases the risk of dementia, there are many reasons why a good night’s sleep is beneficial for brain health. These findings underscore the importance of sleep hygiene over health.” Results From the long-term study published in the journal Nature Communications.

See also  Bronchiolitis: 12 out of 13 French regions are now in an epidemic stage

The best combinations of medicinal plants for the summer