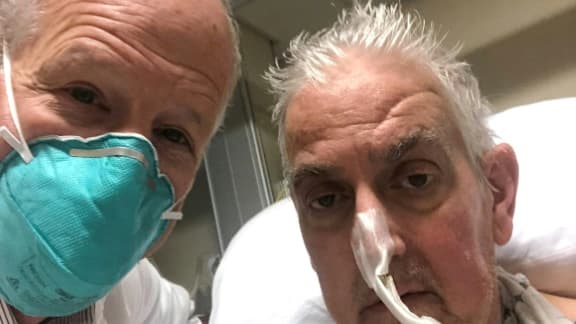 The world’s first patient to undergo a heart transplant from a genetically modified pig died two months after the operation, the hospital where he was being treated announced on Wednesday.

David Bennett, 57, died on Tuesday after “his condition began deteriorating several days ago.” In a press release issued by the University of Maryland Hospital. “When it turned out he wasn’t going to recover, I gave him palliative care,” he said.

The operation, which took place on January 7, raised high hopes, because such exotic grafts – from animal to human – could make it possible to address the shortage of organ donation.

“The heart worked very well for several weeks without any signs of rejection,” the hospital said. After the operation, “the patient was able to spend time with his family and participate in physical therapy activities to help him regain his strength.”

Therefore, the researchers consider the experiment a success.

Additional ‘precious weeks’ for the patient

“We got valuable information, and we learned that the genetically modified pig heart can function properly inside the human body,” said Mohamed Mohieldin, scientific director of the hospital’s transplant program. “We remain optimistic and plan to continue our work on clinical trials in the future.”

The pig that the transplanted heart came from had been genetically modified to avoid its immediate rejection, which it did not actually happen. Without this transplant, David Bennett would have been doomed. The day before the operation, he said, “Either I die or this transplant. I want to live.”

His son David Bennett Jr. said in a statement: “Until the end, my father wanted to keep fighting for his life and spend more time with his family. We were able to spend precious weeks together as he was recovering. From his operation, weeks we wouldn’t have had it not for this incredible effort.” “.

See also  Who can now vaccinate without an appointment?

Even small changes in eating can make a big difference.