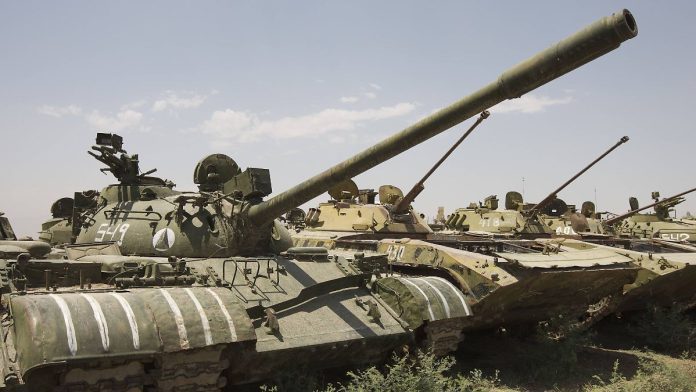 Due to the lack of heavy Western weapons, Ukraine receives most of the Soviet-made tanks from Eastern Europe. Slovenia now supplies 28 old T-55 battle tanks. However, they modernized the country many years ago. To compensate, she receives cars from Germany.

Slovenia has delivered 28 Soviet M-55S battle tanks to Ukraine, which has come under Russian attack. This was reported by the Slovenian news portal “24ur.com”, citing the Ministry of Defense in the capital, Ljubljana. Tanks were transported to Ukraine by rail via Poland. Slovenia, a partner country of the European Union and NATO, will receive 43 heavy military trucks from Germany as part of the so-called circular exchange.

Under such agreements, Central and Eastern European allies would deliver Soviet-made weapons to Ukraine and receive military equipment from Germany in return. Soviet-made weapons are easier for Ukrainian soldiers to use than Western-made equipment, and they are new to them. Slovenia had already delivered 35 armored personnel carriers to Ukraine in July.

Old fashioned with the latest technology

The M-55S is a completely modernized version of the Soviet T-55 main battle tank. It is equipped with a new, more efficient pistol, an improved engine and modern targeting electronics. Experts talk about a completely different combat vehicle from the original T-55.

Slovenia was part of socialist Yugoslavia until 1991, which at that time was collapsing in a series of bloody wars. The Yugoslav armed forces relied heavily on Soviet weapons systems for their equipment. Slovenia began modernizing the T-55 tanks it obtained from those stocks in the 1990s.