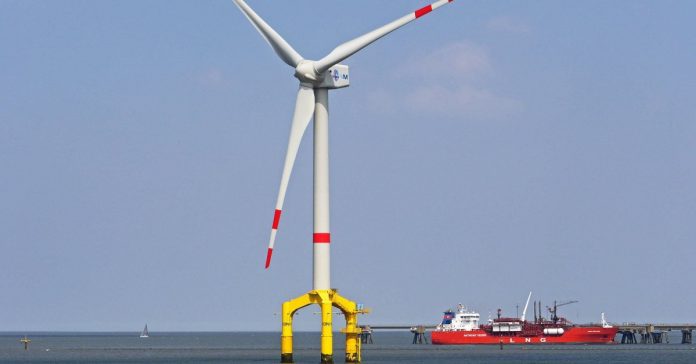 Essen (Energy) – Essen-based energy group RWE and Commerzbank want to work together to expand offshore wind power into German waters. The goal is to jointly succeed in the Federal Grid Agency’s offshore tender in 2023 and construct a 1,000 MW wind farm. The two companies announced this. While RWE builds and operates the project, Dar Al Mal in Frankfurt is launching a special fund aimed at mid-sized companies. To this end, the two partners have now signed a declaration of intent.

This stipulates that RWE should become the largest owner of the planned wind farm with 51 percent and Commerzbank to own 49 percent. Both companies want to commit to making offshore wind power available exclusively to mid-sized businesses. There are two ways to participate in the project. On the other hand, companies can become long-term electricity buyers by entering into power purchase agreements (PPAs) for electricity capacity segments of 5 megawatts — “that is, tailored to the electricity needs of medium-sized companies,” according to RWE. On the other hand, Commerzbank also wants to give interested medium-sized companies the opportunity to participate directly as investors.

Both investment options will become part of the Commerzbank Fund solution. Commerzbank did not initially disclose details of the fund’s structure, such as target fund size, to the public. There are also no specifics about the planned wind farm project. Since the Bundesnetzagentur’s offshore tenders are largely related to North Sea projects, there is a high probability that the project will be carried out there – provided the consortium is awarded the contract. / year

Currency – How does the US Federal Reserve feel about the...