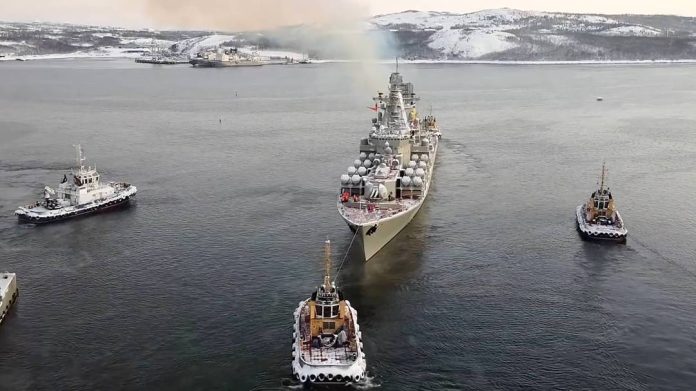 Moscow. Russian nuclear submarines left for maneuvers in the Arctic Barents Sea on Tuesday, in Siberia the Strategic Missile Forces trained on mobile missile launchers – two days, After President Vladimir Putin ordered an increase in the alertness of nuclear forces against the background of the conflict in Ukraine.

The Russian Northern Fleet said several of its nuclear submarines are participating in exercises designed to test how they behave in stormy conditions.

Warships tasked with protecting Russia’s Kola Peninsula and its naval bases will join the exercises. In the Irkutsk region of eastern Siberia, units of the Strategic Missile Forces have deployed intercontinental ballistic missile launchers in the forests to exercise an inconspicuous deployment, the Moscow Defense Ministry said.

Whether the maneuvers are related to Putin’s order on Sunday, The army did not say. It also remained unclear whether the exercises represented a change from normal training activities in the country.