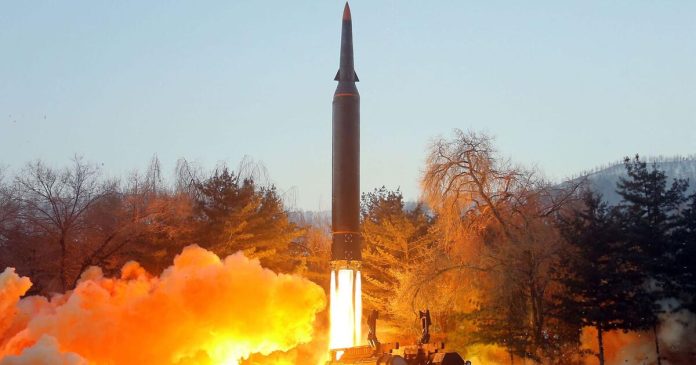 Self-declared nuclear force North Korea It successfully tested again a hypersonic missile according to its own information. On Thursday, state media reported that during the test conducted by the Academy of Defense Sciences on Wednesday, the missile hit a predetermined target at a distance of 700 km.

Together with previous successes in testing hypersonic missiles, this is of “strategic importance”. Hypersonic describes speeds over five times the speed of sound, which is about 6,180 kilometers per hour. Therefore, it is difficult to intercept weapons of this type.

If the report from Pyongyang is confirmed, it would be the second test of such a missile by North Korea in four months. According to North Korean media reports at the time, the country had a Hwasong-8 hypersonic missile in the fall. Launched from North Chagang Province.

And the neighboring countries of South Korea and Japan announced on Wednesday that North Korea will be so It may have launched an experimental ballistic missile into the Sea of ​​Japan. No more detailed information was provided. UN resolutions prohibit North Korea from testing missiles that, by design, could carry a nuclear warhead. Like ballistic missiles, hypersonic missiles can carry nuclear weapons.

The politically isolated leadership in Pyongyang under President Kim Jong Un has been promoting missile development for years that could not only strike South Korea and Japan, but carry nuclear warheads as far as the United States.

The country declared itself a nuclear power. But in light of negotiations over its nuclear weapons program, its status remains open. US negotiations with North Korea have made no progress in nearly three years. (dpa/fab)
© dpa

The latest projection is likely to exacerbate tensions on the peninsula and stall denuclearization talks with the United States.