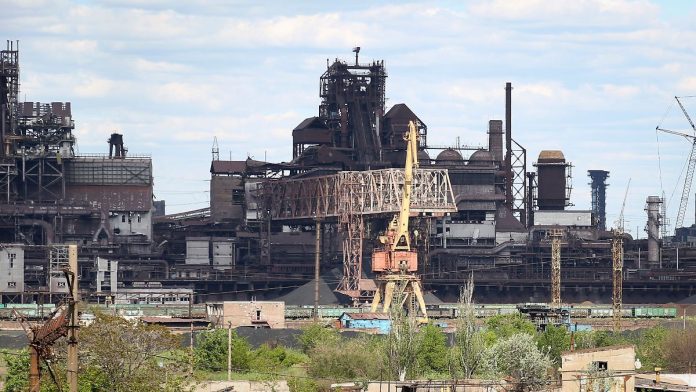 For a long time, the fighters of the Azov regiment were able to defend Mariupol against the attacking Russian forces. When the city fell, many of them were captured. Some of the released fighters say they were tortured there. They accuse Russia of serious violations.

Ukrainian soldiers captured in the Battle of Mariupol accused the Russian army of grave abuses after their release from captivity. In an online press conference, former fighters of the Azov Regiment spoke, among other things, about prisoners whose bones were broken by beatings. Information provided by ex-soldiers cannot be independently verified.

The men were captured after Russia’s capture of Mariupol in May and then released in a prisoner exchange. One of the released soldiers spoke of monitoring cases of “severe torture”.

Mariupol finally came under Russian control in May after weeks of fierce fighting. At that time, the last fighters of the Azov regiment, who for weeks had put up a fierce resistance to the Russian siege of the city at the huge Azov steel mills, surrendered.

The Azov Regiment is a former volunteer battalion that is controversial due to its links to right-wing extremists. In 2014, the combat group was officially integrated into the Ukrainian National Guard. At that time, Azov members participated in the fight against Moscow-backed separatists in eastern Ukraine.

“They stripped us naked and forced us to squat naked. If one of the boys raised his head, they hit him immediately,” Ukrainian soldier and Azov fighter Denis Cherboko told the press conference. Ex-prisoner Vladislav Shivoronok spoke of cases of “severe torture”, where Shivoronok said: “Some had needles stuck in their wounds, and some were tortured with water.”

The verdict is final – Imprisonment of the Abu Shaker brothers