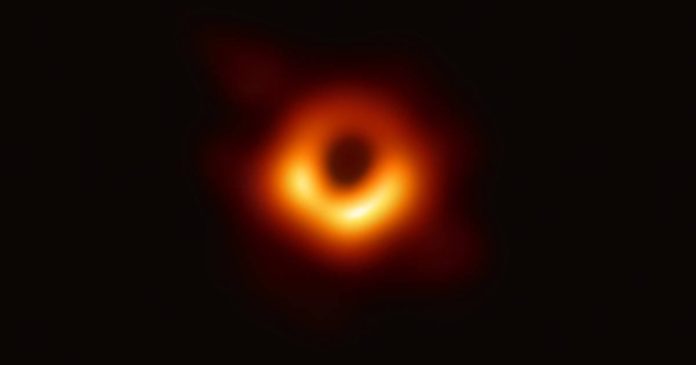 NASA released audio recordings of a black hole as part of Black Hole Week in early May. A frightening sound made audible to the human ear for the first time thanks to data transmission.

In 2003, NASA scientists caused quite a stir when they discovered the deepest pitch of sound ever measured in the universe. Researchers have found sound waves within hot gas at the center of the Perseus Cluster, a group of galaxies in the Perseus constellation. They couldn’t hear the sound. It’s 57 octaves below mid-C. Far beyond what the human ear can perceive.

Now, through sonication, that is, translating astronomical data into sound, NASA has succeeded in bringing these sounds into the field of human perception by extending them. The resulting audio signals are heard 144 trillion, or 288 trillion, times higher than their original frequency.

There are sound waves in space

Audio is another way – in addition to graphic representation – of analyzing and evaluating astronomical data. However, the special thing about this sonication is that this time the actual sound waves were heard, he explains NASA.


The space agency said it is a common misconception that there are no sound waves in space because most of the universe is a vacuum and sound waves cannot propagate in a vacuum. However, a galaxy cluster contains large amounts of gases that envelop hundreds or thousands of galaxies. Unlike a vacuum, a gas can transmit sound waves. This is also the case with the black hole in the Perseus cluster. The blast waves emanating from the black hole caused ripples in the hot cluster gas, which has now been translated to this deep tone.

In addition to the sound of the Perseus galaxy cluster, another sonication was launched. While the sound of a black hole in the Perseus cluster sounds intimidating, the second sounds like it’s composed for the spa area of ​​a wellness oasis. Astronomical data for the black hole of Messier 87, called M87 for short, were presented both visually and acoustically. It used data from NASA’s Chandra X-ray Observatory, optical light from the Hubble Space Telescope, and radio waves from the Atacama Large Millimeter Array in Chile.

The US space agency NASA shows the data display that the brightest area to the left of the image is where the black hole is, and the structure in the upper right is a jet from a black hole.

Sonication runs through the three-level image from left to right, with each wavelength associated with a different set of sound tones. Radio waves are mapped to the lower tones, optical data to the midtones, and X-rays detected by Chandra to the higher tones. The brightest part of the image corresponds to the highest sonication, which contains a black hole with a solar mass of 6.5 billion masses.

There are more ball sounds on Chandra X-ray Observatory website to be discovered by NASA.

An exoplanet in space: heat until it rains iron – an...

Google proposes a “brand new version” of I / O